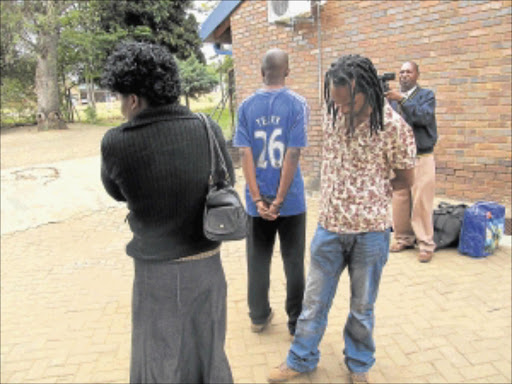 FOUR people arrested in Limpopo for allegedly smuggling illegal cigarettes worth about R2-million from Zimbabwe appeared in the Malamulele Magistrate's Court yesterday.

The cigarettes were hidden in the luggage compartment of a City-to-City bus. The bus was stopped by police during a crime intelligence operation in Hardstick, along the Malamulele-Mavambe road.

According to Limpopo police spokesman Lieutenant Colonel Mohale Ramatseba, the illegal cigarettes were allegedly on their way to Gauteng.

He said the case against the bus driver, identified only as MJ Siweya, 52, Zimbabweans Mariam Chiwawa, 36, Owen Muzunze, 48, and Sekay Dzudani, 38, was postponed to May 2 pending further police investigations.

All four were not asked to plead and were remanded in custody, he said.

"We are continuing with our investigations while at the same time warning other would-be smugglers to refrain from engaging in crimes of this nature in South Africa.

"We will stop at nothing to ensure that those doing so face the full might of the law," Ramatseba said.

Meanwhile, a Limpopo man who had earlier escaped from police custody while being transported between Tzaneen and Haenetzburg on Monday morning, has been re-arrested.

Magwele had been in custody following an alleged contravention of a court protection order.

The man's wife had sought a protection order against him following allegations of abusive behaviour.

Ramatseba said Magwele had asked to respond to a call of nature when he disappeared into thick bushes.

"Following Magwele's escape, his wife was taken to a safe place while the search for him was in progress," Ramatseba said yesterday.

He said Magwele would face a further charge of escaping from lawful custody.