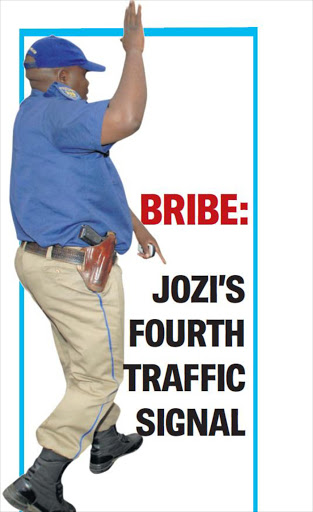 154,440 motorists asked to pay but only 184 cases of corruption were reported

A HARD-hitting report into corruption at the Johannesburg Metropolitan Police Department found that more than 150,000 - one in four - of the city's drivers were asked for a bribe in 2010.

The report, compiled by the newly formed graft-busting watchdog Corruption Watch and based largely on a Stats SA survey, revealed that 154,440 motorists had a fee solicited from them by JMPD officials in that year.

However, official JMPD statistics on police corruption showed that "only 184 cases of corruption were reported" between 2009 and 2011.

They also showed that 37 officers had been found guilty of corruption but only 19 were dismissed.

It is estimated that 429,000 of the province's drivers had been approached for a bribe by traffic officials. Johannesburg is home to an estimated 600,000 motorists.

The hardest hit motorists were taxi drivers, who represented soft targets for corrupt traffic officers as they had unroadworthy vehicles and operated without permits. The report revealed that taxi drivers often paid "standard rates" of between R40 and R200.

According to the report, the number of Gauteng drivers found to have been asked for a bribe dwarfed those in Free State and Limpopo.

The two provinces - listed after Gauteng as second and third in terms of the number of bribes solicited - were less than half of Gauteng's rate.

Corruption Watch executive director David Lewis refused to say whether corruption within the JMPD had become a way of life, but noted that an impression had been created, in motorists' minds, that traffic officers would sacrifice the law in return for a bribe.

"We often hear the excuse that the public is responsible for offering bribes to traffic officers. But we look up to the law enforcement officers to be accountable and exemplary in their behaviour. The public would be very reluctant to offer a bribe if they knew that traffic officers always upheld the law."

While actual figures were not available in yesterday's report, "the function of traffic policing is taking on uglier and uglier dimensions".