Teacher arrested for rape of pupil (12) 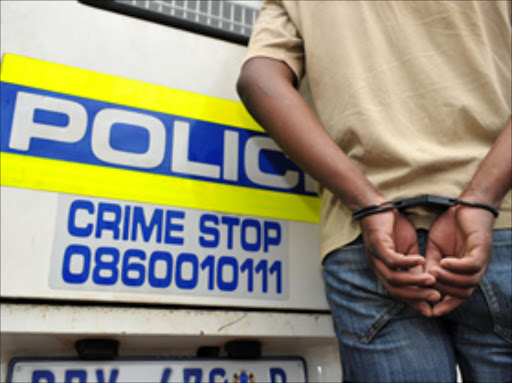 A teacher accused of raping a 12-year-old pupil will appear in the Howick Magistrate’s Court today, KwaZulu-Natal police said.

“The 54-year-old suspect was arrested on Monday... in Howick,” Captain Thulani Zwane said.

The pupil had been sent by another teacher to fetch papers from the man, who allegedly led the grade eight pupil to an empty classroom around 9.45am and raped her.

The pupil reported the incident to the school and police were called in.

Zwane said police were investigating a case of rape.

PROTECT YOUR CHILD FROM SEXUAL ASSAULT:

Here's how Oprah advises parents to talk to their children, to protect them from the risk of sexual abuse:

1. Talk to your children about sexuality and sexual abuse in age-appropriate terms.

•Talking openly and directly about sexuality teaches children that it is okay to talk to you when they have questions.

•Teach children the names of their body parts so that they have the language to ask questions and express concerns about those body parts.

•Teach children that some parts of their body are private. Let children know that other people should not be touching or looking at their private parts unless they need to touch them to provide care. If someone does need to touch them in those private areas, a parent or trusted caregiver should be there too. Tell children that if someone tries to touch those private areas or wants to look at them, or if someone tries to show the child their own private parts, they should tell a trusted adult as soon as possible.

•Talking openly about sexuality and sexual abuse also teaches children that these things don't need to be "secret." Abusers will sometimes tell a child that the abuse is a secret. Let your children know that if someone is touching them or talking to them in ways that make them uncomfortable that it shouldn't stay a secret. Make sure to tell your child that that they will not get into trouble if they tell you this kind of secret.

•Don't try to put all this information into one big "talk" about sex. Talking about sexuality and sexual abuse should be routine conversations.

2. Be involved in your child's life.

•Talk about the media. If your child watches a lot of television or plays video games, watch or play with him. Many TV shows (for example, CSI or Law and Order) show sexual violence of different kinds. Some video games (for example, Grand Theft Auto) allow the user to engage in sexual violence. Use examples from TV or games that you have watched or played together to start up conversations about sexuality and sexual abuse.

•Know the other adults that your child might talk to. Children sometimes feel that they cannot talk to their parents. Know the other trusted adults in your child's life.

•Make time to spend with your child.

•Let your child know that he can come to you if he has questions or if someone is talking to him in a way that makes him feel uncomfortable.

•Be sure to follow up on this! If your child comes to you with concerns or questions, make time to talk to him.

When you empower your child to say no to unwanted touch and teach him that he can come to you with questions and concerns, you take critical steps to preventing child sexual abuse.