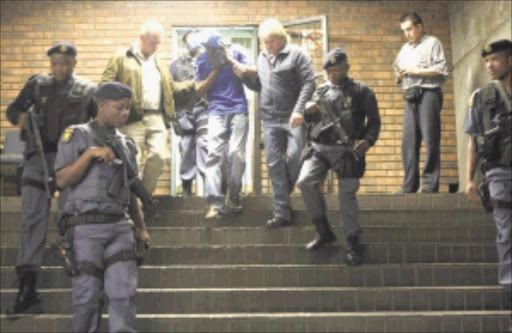 Serial jail-breaker Bongani Moyo was one of three men who allegedly tried to escape from Pretoria Central Prison this morning, a correctional services official said

A newspaper vendor saw them breaking out and raised the alarm, spokeswoman Sibongile Khumalo said.

“They were arrested not far from prison.”

Khumalo said more details would be available later in the day.

This was Moyo’s third escape attempt.

He walked out of the Pretoria Magistrate’s Court in August 2011, while on crutches.

He previously escaped from the Boksburg prison in March 2011. He was re-arrested near the Beitbridge border post in Limpopo, while making his way back into South Africa from Zimbabwe.