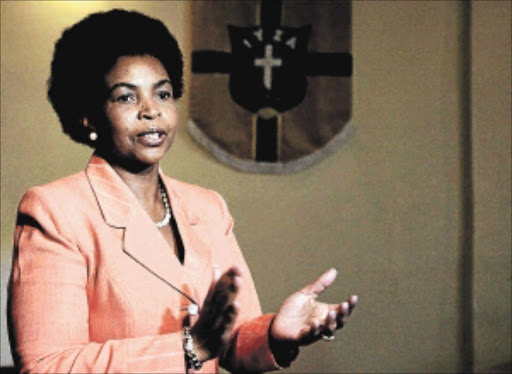 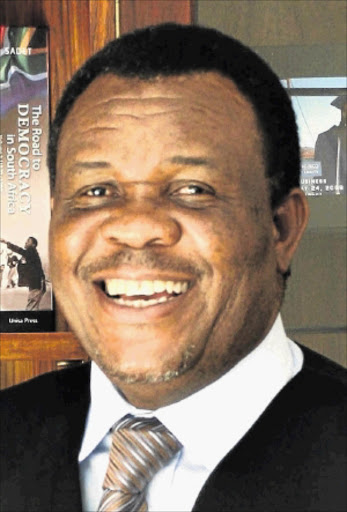 TWO senior ANC MPs have been cleared of wrongdoing by Parliament's ethics committee following claims that they had failed to declare outside benefits and financial interests.

The Joint Ethics Committee on Ethics and Members' Interests yesterday let Maite Nkoana-Mashabane off the hook.

This was after allegations that she had breached the code of conduct for MPs by failing to declare to Parliament that a company that was bidding for a government tender had paid another firm to provide security at her private home.

Another MP who has been exonerated is Thaba Mufamadi, chairman of the Standing Committee on Finance.

Joint chairmen of the Ethics Committee, Ben Turok and Lemias Mashile, said in a statement that they accepted Nkoana-Mashabane's explanation that she had no knowledge of the benefit that accrued to her brother in respect of security for her property.

The committee said correspondence received from the security firm involved showed that the security contract was signed by a brother of Nkoana-Mashabane.

The only censure imposed on South Africa's number one diplomat was that she "amend her disclosure to reflect the indirect benefit received from Premier Fishing".

The Mail and Guardian reported in November last year that Nkoana-Mashabane failed to declared to Parliament a R100000 payment for 24-hour private security at her house in Polokwane.

It was reported that Cape Town-based Premier Fishing paid R8655-a-month for security at Nkoana-Mashabane's house for a year.

Premier Fishing is a subsidiary of JSE-listed Sekunjalo Investments, which recently won a tender worth more than R800-million to police South Africa's coastline.

But the tender was dropped after serious questions around irregularities were raised.

Mufamadi has also been cleared for flouting Parliament's rule book.

The preliminary probe against Mufamadi stemmed from a Sunday Independent report that alleged that he had failed to declare a stake in a property firm that had business dealing with government.

But this allegation was brushed aside by the ethics committee after it found that Mufamadi had declared his interests as required by the code of conduct and that the business deals in question had been entered into prior to his deployment to Parliament.

"Mr Mufamadi said that the business transactions were concluded prior to his appointment in Parliament."

On Monday it emerged that Mufamadi's firm - Manaka Property Investments - owns the Hallmark Building that was being rented by the department of Home Affairs at more than R33-million a year.

The company's website has also listed Mufamadi as its chairman and other departments such as water affairs, public works, the Gauteng department of health and social services, Absa bank and several legal firms as its clients.