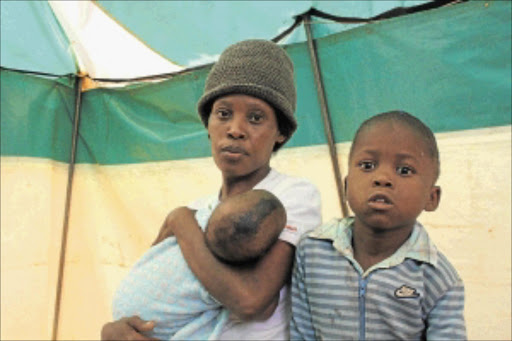 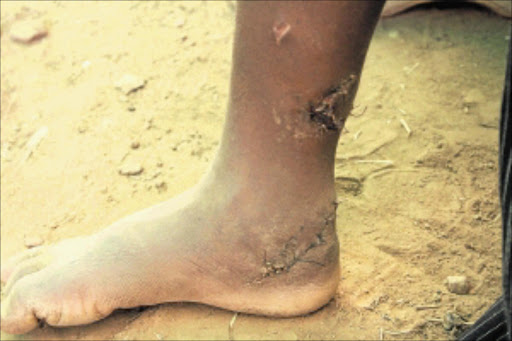 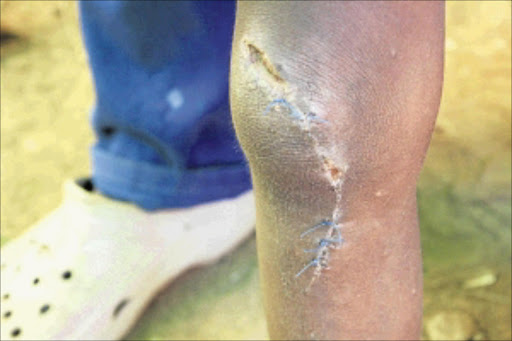 A MOTHER wants the man who allegedly physically abused her for years and then killed their 3-year-old son to rot in jail.

The father also repeatedly stabbed their 5-year-old son, leaving him with serious injuries.

This weekend, Getrude Mogaki, 35, buried her three-year-old son Gontse who was allegedly dragged by the ankle through the street and had his little body repeatedly slammed against his aunt's porch.

His older brother Onkarabile survived the attack after escaping and running for dear life to his aunt's house about 200metres away.

Gontse was buried at Reagile, outside the town of Koster.

Their father Michael Letebele, who works in Limpopo, visited the family two weeks ago after his sister Elizabeth told him his two-month-old daughter was in hospital.

Elizabeth said: "He came on the Friday and visited his wife Getrude at the Koster hospital where she was taking care of the baby. He refused to bring her any food."

Mogaki says she suffered physical abuse at Letebele's hands for the past 13 years. She was advised by the police to obtain a protection order against her common-law husband but was reluctant to do so. He also queries paternity of all the children.

Onkarabile and Gontse were staying with their aunt while their mother was at the hospital.

"Michael came at nine on the Friday evening and told me that he wants to sleep with his children at their house a street away. He took them and I did not suspect anything," the aunt said.

"I realised he was bleeding profusely from the head. He told me his father had stabbed him with a knife. He had six stab wounds on the head, below the knee and ankle. He needed about 18 stitches."

Gontse was asleep when their father attacked them. While chasing Onkarabile to Elizabeth's house, he dragged Gontse by the ankle through the streets.

"When he came to my house looking for Onkarabile I realised he was beating Gontse. I asked him why he was bashing the child's head on the stoep," Elizabeth said.

Gontse died instantly. He had a broken skull and leg.

Mogaki feels lucky to have survived. "While at the hospital he insisted that I leave the baby and go home with him. It was not possible because I am breastfeeding. He kept telling me that the children are not his. He could have killed me too."

Letebele was arrested and appeared at the Koster Magistrate's Court on Friday.