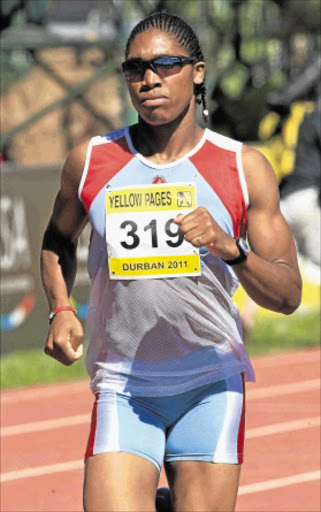 Leading musicians and celebrities are off to Limpopo for South Africa's top athlete Caster Semenya's 21st birthday party on January 7.

The party will be held at GaMasehlong in Moletjie, Semenya's birth place.

Mbuli is one of Semenya's staunchest supporters since the gender controversy rocked the young athlete's career in recent years.

He produced a benefit album in 2008 on which a number of artists collaborated.

Semenya burst into prominence nationally and internationally when she broke records at the Commonwealth Youth Championships in Pune, India, in 2008 and later became world champion in Berlin in Germany in the same year.

The gold medals Semenya won in Germany and in India were later followed by a silver medal in Daegu in South Korea in 2011, adding to her accolades and accomplishments.

Caster is currently being trained by Mutola after she reportedly acrimoniously cut her relationship with Michael Seme.

Mutola, who recently turned 40, retired in 2008 with an Olympic gold medal and three world titles in the 800 metre race. She also won seven world indoor titles between 1993 and 2006.

She has been playing semi-professional football in South Africa since her retirement, but is now looking forward to coach Semenya for the 2012 London Olympics.

"Everything is looking good and quite a number of big names are expected at this event.

"Caster is somewhat nervous, but she is also looking forward to this event," Mbuli said.