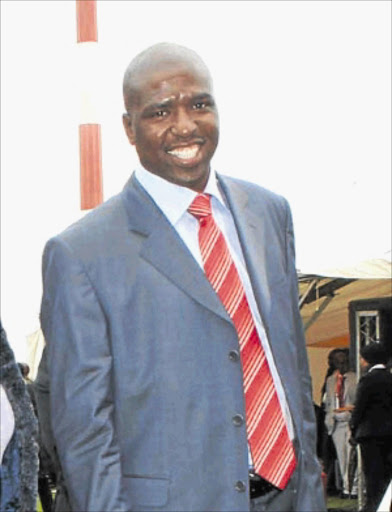 ANC Limpopo spokesman David Masondo confirmed that changes would have to take place in the cabinet.

He said ANC policy dictated that party provincial secretaries should work full-time for the organisation.

The ANC held its hotly-contested provincial elective conference at the University of Limpopo's Turfloop campus at the weekend.

"The same will apply to Lekganyane. It is only right that we have someone who works on a full-time basis in an effort to oversee the day to day running of the organisation," Masondo said.

This means he will have to vacate his portfolio in the legislature.

Lekganyane, whose department won more than 10 provincial and national awards for service delivery this year, will work full-time for the party at headquarters France Mohlala House in Polokwane.

Lekganyane's department was one of the biggest along with education and health. He replaces Joe Maswanganyi who lost his position by 517 to 601 votes.

Two of Mathale's allies, MEC for the treasury David Masondo and MEC for cooperative governance and human settlement Clifford Motsepe, are allegedly high on Mathale's list for new postings.

"Motsepe knows the department inside out and is the most appropriate to take over. By virtue of being chosen the best public services manager in the country indicates that he can take the same department to greener pastures," a source who spoke on condition of anonymity for fear of victimisation said.

But critics such as Matome Khothongo Mopai of the Peter Teanet branch of the ANC in Tzaneen said: "If Mathale does not appoint someone on a full-time basis, we are likely to see a total collapse of services in municipalities around the province because the department accounts for almost 50% of delivery in communities."

But Thabiso Mabitsela, spokesman for the Limpopo government, said it remained a prerogative of the premier to reshuffle his cabinet.

Mabitsela said Mathale will make a public announcement if and when he wants to release Lekganyane from his duties as head of both the party and the province.