Hungry kids died after long walk. We trace their steps 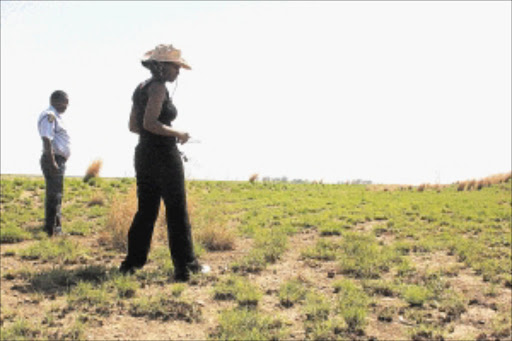 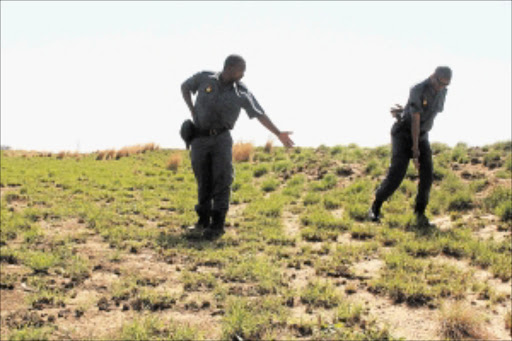 EACH day residents of Verdwaal on the outskirts of Lichtenburg in North West travel through hostile terrain going to work on farms to eke out a living.

They embark on long, dangerous and seemingly exhausting journeys unsure of what lies ahead of them.

It's about 8.25am on Thursday morning. It is extremely hot. I am already sweating - probably as a result of a combination of the heat and the anxiety about following the path to death of the Verdwaal FOUR. Significantly, Verdwaal is an Afrikaans word for "get lost".

It is a tragic journey.

They could not complete their trip and instead died of starvation and dehydration while on a long walk in search of their parents who had gone looking for something to eat.

On the side of the road there is grazing cattle. Walking the opposite direction is a group of school children going to a school about seven kilometres away.

It is an open field belonging to a farmer. The land features countless distinct small holes and grass bunches.

When you look at the northern side, it is extremely uneven, uncertain.

It is blisteringly hot. I can breathe dry air. There are no trees. Just an open space with clustered grass in small patches as if deliberately arranged.

The land is dry and cracking. Conspicuous are the black and white pinfeathers of porcupines and holes which are supposed to be their homes. Looking up I see a herd of steenbokke.

It was unimaginable that the Mmupele children, aged between 2 and 9, could have walked that distance.

The soil is red, hot and soft. The foot sinks deep and it covers the shoe. To take a step further on their journey of death, I imagine, they had to pull the feet out - which is quite an effort - for most of the journey.

It is so quiet the only sound I can hear is my footsteps.

The path is uneven. There are small holes which make walking extremely difficult. It was like the Little Ones were communicating with heavenly angels in a weird way.

After crossing the first plot, after about one hour and 17 minutes' walk, they had to cross a railway line which separates two farming plots.

Now to get into the next farm they had to pass through a security guard and, probably fearing that they would be charged with trespassing, they decided to go around the fence. They continued in that fashion until they reached a narrow passage, which was blocked with wires to prevent people from entering the farm.

They miraculously squeezed themselves through and continued moving.

After walking about 700 metres inside the yard the two youngest, Oarabetswe and Onkabetse, fell on the ground and died.

Burnt by the unforgiving sun, one body lay lifeless next to tall, brown grass and the other one just next to a stone - about four metres apart. They had their clothes on.

Images of the frightening pictures were taken by the police who found the bodies after several days of a long search.

The most difficult part of the journey must have been the last four kilometres where the bodies of the other two, Sebengu and Mmapula, were found.

At their age, they must have been skilled and experienced at travelling through such a rough and arid land.

The milestones along their journey must have been traumatic. I am wondering what the children really went through before their bodies were found a week ago. Walking that distance, it was not hard to believe they went into a slow and painful death. Yet, it was almost as if one hoped to find them alive.

It was evident that they had little or no time to rest. They were racing against hunger and thirst for an unknown distance, as they had no clue where and when they would find their parents.