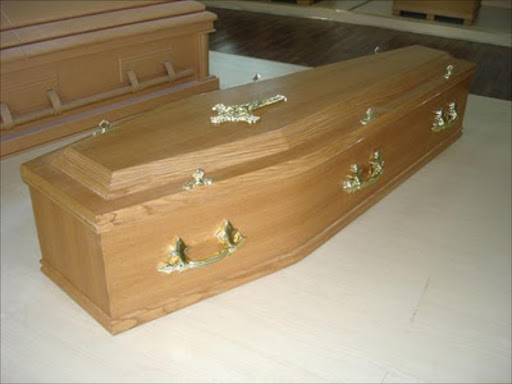 A LIMPOPO woman is under police guard after she allegedly killed her newborn twins and buried them in a shallow grave.

The incident allegedly took place at Makotse village outside Lebowakgomo on Sunday night.

Spokesman for the Lebowakgomo police Captain Mamphaswa Seabi said yesterday the name of the 31-year-old woman would be withheld pending her court appearance.

Seabi said the discovery was made after a tip-off from members of the public.

"The woman was later admitted to a local hospital," said Seabi.

He said they were investigating a case of concealment of birth against the woman.

The woman would only face the music after being discharged from hospital, Seabi said.

Police spokesman Constable Thapelo Lesufi said the suspect was four months pregnant when she allegedly aborted her foetus and threw it down the toilet.

Lesufi said the woman had allegedly drunk a liquid substance in an effort to abort the pregnancy. According to Lesufi, the woman, who worked at a bottlestore, allegedly went to the toilet soon after her water broke. This was after the substance she drank started working.

"The suspect then wrapped the foetus with a blanket and threw it down a pit toilet.

"We later received a tip-off about the incident and arrested her on the spot," Lesufi said.

Like the first woman, Lesufi said the latest one was also facing a concealment of birth charge.

Speaking to Sowetan yesterday, the mother of the woman, whose name is known to Sowetan, said she was not aware that her daughter was pregnant.

"I was equally baffled to hear that my daughter was pregnant and that she had aborted the pregnancy," said the mother, who may not be identified to protect the identity of the suspect pending her court appearance.