'Protect us from Israel' 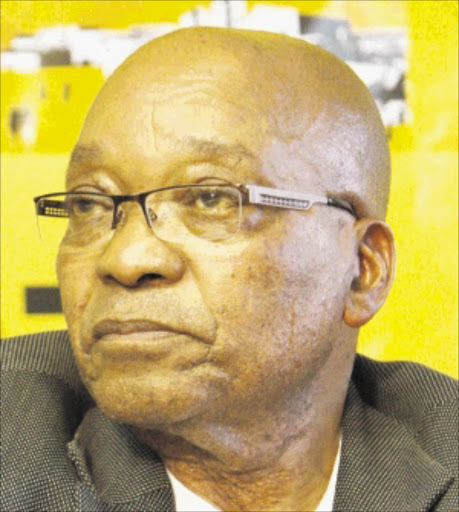 PRESIDENT Jacob Zuma has been asked by a 94-year-old Holocaust survivor to protect an Israeli member of parliament who might be stripped of her citizenship after testifying for the Palestinians at last weekend's Russell Tribunal on Palestine.

Stephane Hessel, who survived the Nazi's Buchenwald concentration camp and was later part of writing the Universal Declaration on Human Rights, yesterday delivered a letter to Zuma's home in Cape Town, asking the president to protect Haneen Zoabi, a member of parliament with Israel's Balad party.

This was after another member of the Israeli parliament, Otniel Schneller of the conservative Kadima party, asked their ethics committee to strip Zoabi of her citizenship after she said the Israeli state was "racist".

Hessel and his fellow jurists, former cabinet minister Ronnie Kasrils, acclaimed author Alice Walker and Irish Nobel Peace Prize laureate Mairead Maguire told Zuma that they were concerned that other Israelis and Palestinians who testified at the tribunal would also be persecuted.

They want Zuma to get the assurance from the Israeli government that all witnesses at the tribunal will be given safe passage home.

Zoabi said: "Any Israeli citizen who talks about full national and civic rights for the Palestinians is normally targeted."

Zuma's spokesman Mac Maharaj referred enquiries to the international relations department, whose spokesman, Clayson Monyela. did not respond to questions.

The Tribunal also announced at a press conference yesterday that Israel was guilty of apartheid, and called on world governments to institute sanctions against Israel.

Jurist and veteran British lawyer Michael Mansfield said the Palestinian territories consisted of "a series of separate reserves with the two groups (Palestinian and Israeli) segregated". He said Israeli expert witnesses had said that this policy was even called "hafrada", which is Hebrew for "separation".

"There are two entirely separate legal systems. Palestinians are subjected to military law, which falls far short of ... due process and Israelis living in settlements (inside Palestine) are subjected to civil law," Mansfield said.

"Israel subjects the Palestinian people to an institutionalised regime of domination amounting to apartheid as defined under international law."

But SA Jewish Board of Deputies chairman Mary Kluk said the Tribunal was staged to "depict Israel in the most damning light possible" and that it had "confirmed predictions that it would be no more than an unbalanced vehicle for anti-Israel propaganda thinly disguised as a quasi-judicial investigation".

About 15 SAJBD supporters protested outside the press conference, some dressed as kangaroos.

Kasrils slammed them, saying that a kangaroo court was where a helpless individual was dragged into a short trial before being sent "to gallows".

The Russell Tribunal, on the other hand, was only passing moral judgment and had no power to punish Israel, he said.