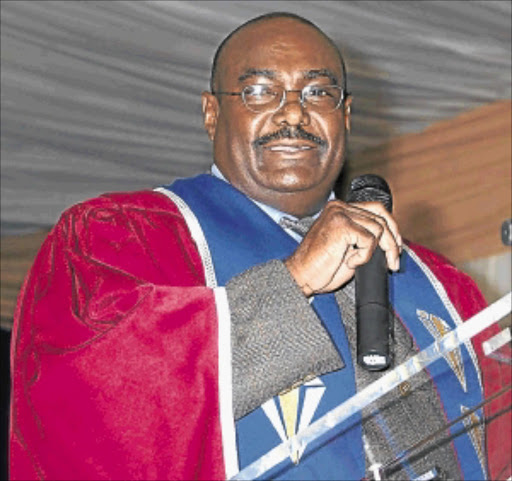 She's accused of accepting a bribe

THE University of Venda in Limpopo, which has been in the news recently for all the wrong reasons, has fired a senior member of its academic staff.

Professor Thiziambe Phendla has been accused of accepting a bribe.

Phendla was expelled on Tuesday for allegedly receiving a bribe of R1,000.

Last week she accused the rector of the university, Professor Peter Mbati, of sexual harassment. She laid charges with the police and reported the matter to the university council.

The university has confirmed that it has dismissed her.

University spokesman Takalani Dzaga said: "We handed her a dismissal letter on Wednesday.

"We can further confirm that she was dismissed for corruption. We may, however, not dwell on the nature of the case as she still has the right to appeal the decision."

Mbati first suspended Phendla on 12 April following allegations that she had accepted a bribe from a company that had applied for a tender with the university.

The company, known to Sowetan, was later appointed by the university to carry out cleaning services for three years, with a budget of about R18 million.

Phendla was accused of having influenced the university council, the highest governing body at the institution, to appoint the company. She is said to have received kickbacks after the appointment.

Phendla was given a dismissal letter last week, six months after her suspension and just a day after Sowetan published an article in which she claimed to have been sexually harassed by Mbati.

Part of the dismissal letter, which Sowetan has in its possession, reads: "Please note that the chairperson of the disciplinary enquiry has found you guilty of charges 1 and 2 and has recommended for your dismissal."

"I am obviously going to appeal the decision because I was never even given the opportunity to defend myself. I believe the process employed to take the decision was flawed," Phendla said yesterday after receiving the letter.

"I believe the decision was taken hastily in an effort to avoid further embarrassment from the media and the public.

"I am the distraught woman who has laid charges of sexual harassment against Mbati.

"I think my sin was to seek the intervention of the media after the university and the police were acting at a snail's pace in the investigation.

"I am now being crucified for breaking silence. It is not a coincidence that Mbati was in the news on Tuesday and I was dismissed on the same day.

"This is totally unfair, I will fight this to the core, even if it means spending all the money I worked for all the years on the case," she said.