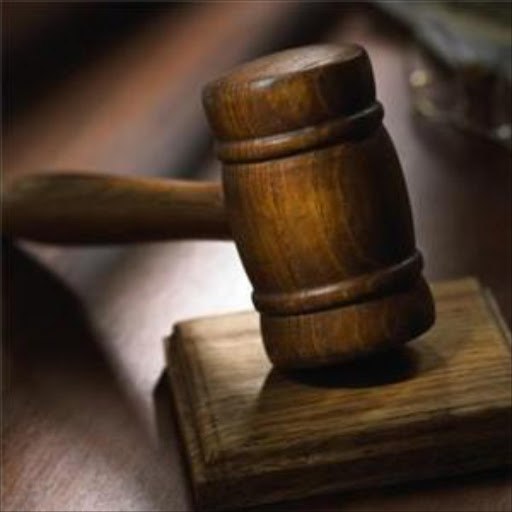 Here is a transcript of Sowetan Editor Mpumelelo Mkhabela's interview with ANC secretary-general Gwede Mantashe, in their own words

In an exclusive interview with Sowetan Editor Mpulelelo Mkhabela, Mantashe warned that the Constitutional Court was being used as an opposition to the ANC-led government.

Question - Mpumelelo Mkhabela: What’s the single biggest justification the ANC sees in the appointment of Mogoeng Mogoeng as a Chief Justice?

Answer - Gwede Mantashe: Let’s start from point of principle. Mogoeng has been a judge since 1997. There are only two judges in the Constitutional Court – Edwin Cameron and Johan Froneman - who have served as judges longer than him. This thing of Mogoeng being a junior does not hold water. It is not factual.

The second thing is that everyone who has criticised the decision of the president has not come out with any concrete issues they have against him, except that he is young and he is inexperienced. But there is an advantage that he is younger, He will serve longer and thus help to stabilise the institution. It is important to note that any judge can be appointed as a chief justice. So it’s wrong for you to vouch for a particular judge, like you did with Moseneke. The president could have appointed any judge. You could have taken any judge president from the provincial Benches.

We are on a slippery slope...

MM: You seem to have serious concerns about the working of the judiciary. What’s the problem?

GM: There are many things happening in the judiciary that will only be seen in 10 years time. one of the things that is dangerous: The independence of judiciary and separation of powers must never be translated into hostility, where one of those arms becomes hostile to the other. My view is that there is a great deal of hostility that comes through from the judiciary towards the executive and Parliament, towards the positions taken by the latter two institutions. Unless this issue is addressed deliberately it’s going to cause instability. It undermines the other arms of government and this could cause instability.

MM: You mean instability in the judiciary?

GM: No, instability in government. You can’t have a judiciary that seeks to arrest the functioning of government. For every small disagreement in parliament, the positions threatens to take matters to the court. Once you have that, then you will have a perception that says the judiciary is actually consolidating opposition to government. That should not be the case. Matters must be taken to court, but the judiciary must not send complicated signals (of being an opposition).

MM: Do you think judges are positioning themselves as an opposition?

GM: You will have to look at some of the judgments of the Constitutional Court.

MM: Are you referring to the Glenister/Scorpions judgment, because the ANC had resolved to (disband the Scorpions and the Constitutional Court took a different view?)

GM: Yes, but that’s not the only one. That judgment itself seeks to cast aspersion on the work of Parliament. Yes, it seeks to make the Hawks independent – fine, we will implement that – but once you have that kind of judgment that ventures into political weighting of views, then it means it’s quite a it’s quite a slippery road we have embarked on.

Even the judgment on the extension of the term of Chief Justice Sandile Ngcobo’s term looks very suspicious. That judgment looks suspicious from where I am seated. I’m not a lawyer, but the judgment is very very suspicious. You have a section in the law that has been there over 10 years, and at a point of extending the term of a judge, then it (suddenly) becomes unconstitutional. Fine, but when you look at that judgment, you begin to ask yourself, whether the judges who sat on that Bench were not interested parties in the actual appointment of a new chief justice. Where does that line stop, when you must sit and be a judge in an area that benefits you?

MM: Judge Mogoeng was part of it.

GM: Yes, but am talking in terms of principles – whether the judges who sat in the case were not (potential) beneficiaries of their own judgment. Wouldn’t it have served justice better by inviting other judges to form the bench and have all (the current) judges recused themselves?

MM: Do you want to establish that regime?

MM: Which other judgment worries you? Are you supporting the president’s argument that it is wrong for judges to overturn legislation passed by parliament?

GM: Every time there is a legislation that passes through Parliament – for example the Protection of Information Bill – there is a threat that it will be taken to court and the court might position itself emotionally to reverse it. That’s a problem.

GM: I am making a point (of principle). You must appreciate that we have a bigger problem in the country. The worse think that can happen is if Parliament gets flat-footed. Actually, we are getting close to a situation where parliament drafts legislation and refers it to the Constitutional Court before passing it.

MM: Is it not the right of the court to adjudicate on the constitutionality of laws?

GM: It’s not a problem. It’s about how that right is exercised. If the Constitutional Court positions itself to create a perception that it overturns anything passed by parliament, it is going to make nonsense of the democratically elected parliament. Look at the kind of people taking matters to the Constitutional Court. It is people like Paul Hofmann, Hugh Glenister, AfriForum and many others. All these are people and institutions resisting transformation in society. They are beneficiaries of the past regime. They use the courts to overturn any progress made that is transformative in society.

MM: What about the Grootboom case (in which the Constitutional Court helped the poor by forcing the government to build houses for the poor?)

GM: The Grootboom case is fine. It’s a good judgment. But I am saying, look at the trend. The reality of the matter is that transformation is painful, and if people use the court to resist transformation, then there will be a problem in society.

Courts could be seen as ANC opposition...

MM: You are suggesting the Constitutional Court is being used to block transformation. What are the transformation issues that the court is blocking?

GM: We have a democratic parliament (where the ANC is a majority). But we have this highly verbalised perception of an ANC that is reckless that must be resisted. Then you find institution institutions – opposition parties, civil society groups and others – who seeks to oppose the ANC. They are using the court to execute that opposition.

Secondly, you have people who want to taint the history of the struggle and want to equate the struggle for freedom with apartheid and in the process pretend as if apartheid never existed. It is issues like demographic composition of institutions and issues of affirmative action in the workplace. If you take all those cases and and the role of AfriForum, you will realise it is about reversing the gains of transformation, using the courts.

MM: Here is a challenge: how has this come about because the composition of the JSC, which recommends the appointment of judges to the president, has always been populated by people sympathetic to the ANC?

GM: If you look at the composition of the judiciary itself you can see the (demographic) change. But the outcome will not change immediately. There is a time-lag between the appointments and the change (in jurisprudence). The opposition to appointment to Mogoeng is a racist argument because people say we must appoint experienced judges who have been there long before 1994.

MM: The black and female judges, don’t you think they have succeeded in changing the jurisprudence?

GM: Two things happen when you walk into an institution: you can either transform it or it will transform you. Change can take time. That’s what happens in a big institution like the judiciary. Others comply (with the status quo), others get subjected to what I call malicious compliance, where they say the rules don’t allow them to change.

MM: What’s your position about the ideological look of the court - activists or conservative?

GM: The court must always be seen to be fair. There must be no perception of judgments being tainted in political language. For example, you have analysed Moseneke as a PAC. And that’s unfortunate. If that’s what is tainting him and that’s how he is seen, then we are in trouble.

MM: I don’t think that’s tainting him. The JSC has always considered contribution in the struggle.

GM: I don’t think the court should be described in those terms [activists or conservatives]. We can only talk about specific judgments that come through.

MM: Do you really think that some of the judges want to reverse the transformation gains? You have made comments in the past about judges being counter-revolutionary. People will say you are at it again. Is it really about judges reversing the (democratic) gains?

MM: Do you think that’s what is happening?

GM: Yes, that’s what is happening.

MM: What do you think is the solution?

GM: I think the judiciary must depoliticise itself. It must not fear the ANC because it is the ruling party.

MM: So it must be independent?

GM: Yes, it must be independent.