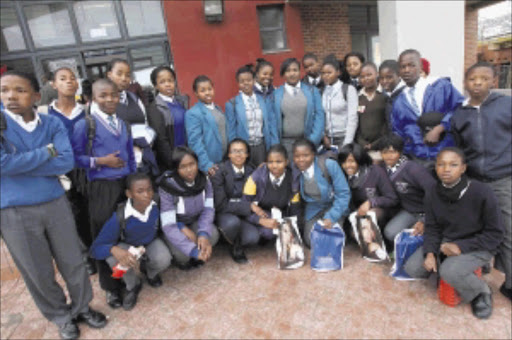 ABOUT 300 pupils in Khayelitsha, Cape Town, have received information that will help them choose careers in the near future.

The pupils took part in a career indaba in Khayelitsha hosted by Equal Education and Ikamva Youth.

Ikamva Youth project manager Zoe Mann said the event was a great success. She said they would organise similar events in the near future.

"We found that many pupils do not have access to information on careers. That is why many of them do not know which career they should follow after completing matric."

Ikamva Youth is a non-governmental organisation that advises pupils on careers and also works to raise academic standards in schools.

Mann said although the programme targeted Grade 11 and 12 pupils, they had also allowed pupils from other grades to take part in the event.

Mann also called on the government to join Ikamva Youth in similar events in future.

Xolelwa Mzinyathi, 17, a Grade 11 pupil at Salt River High School, said pupils should not choose careers because of peer pressure.

"I think choosing a career must be an individual decision. Pupils must also consider their hobbies and other things when they choose careers.

"They must remember that choosing a career is a decision they have to live with for the rest of their lives," she said.