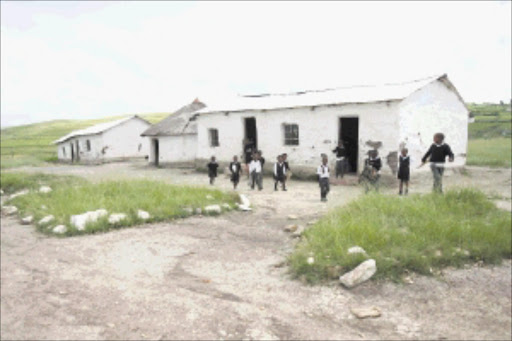 150 students are crammed into one classroom in President Jacob Zuma's home town, Nkandla

WHILE the country is fighting an uphill battle to improve basic education, about 3,500 public schools in South Africa have no electricity while 2,402 have no water supply.

This is according to a school infrastructure report published in May by the Department of Basic Education (DBE).

These figures refer to schools that never had these facilities at all, as well as schools where infrastructure was destroyed or not properly maintained.

In KwaZulu-Natal, which along with Eastern Cape is the worst-off province when it comes to infrastructure, 150 students are crammed into one classroom in President Jacob Zuma's home town, Nkandla, while another school was forced to close its doors because of poor infrastructure.

Shoba High in Hlobane, northern KwaZulu-Natal, was forced to shut its doors because of a low admission rate due to poor facilities.

Parents said their children did not want to go to a school that was just "one room in the middle of a bush".

The school, hidden in the crops growing alongside the main road to Hlobane, was practically unknown to locals.

Spokesperson for the Department of Basic Education, Granville Whittle, said the infrastructure backlog will be addressed through the department's Accelerated Schools Infrastructure Delivery Initiative.

The initiative aims to eradicate the 395 mud schools in the country, which are all in Eastern Cape, and provide all schools with water, electricity and sanitation by 2014.

The National Treasury has allocated R700 million to the department for the 2011-2012 financial year to fund Asidi, said Whittle.