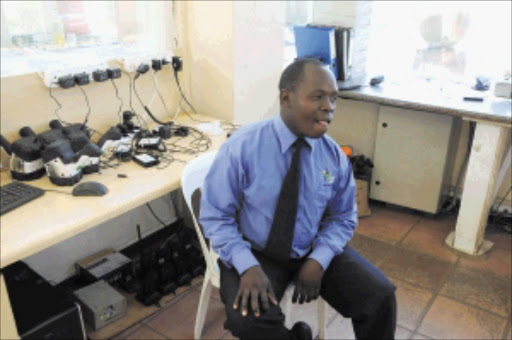 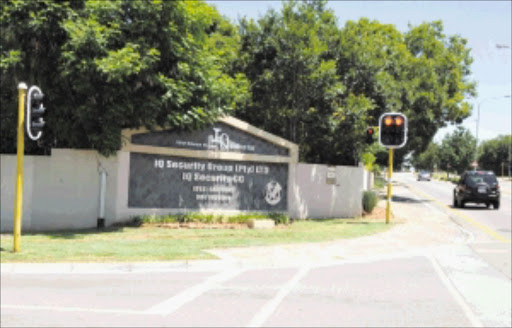 A GROUP of security guards have been left high and dry while their boss is living it up down under.

Hugo Marais is allegedly living large with his family in Australia, while his former employees are trying to get their provident fund money from his company, IQ Security Group.

The guards are not aware that they will never get their money after it was discovered that Liberty Life discontinued the fund because IQ Security was in arrears.

"It was recently discovered that he owes the SA Revenue Service millions of rands and that he has been deducting provident fund money from the guards but not transferring it to the fund," a source said.

The source said it was clear that Marais had run away from the company's problems because Sars had opened a case of tax fraud against him with the Sandton police last year.

Investigating officer Warrant Officer Maphosa confirmed that a case had been opened.

"The case is now with the Directorate of Public Prosecutions, who will decide whether to prosecute or not.

"This will entail checking whether Interpol should be contacted to help with investigations because the suspect is now in Australia," Maphosa said.

Two of the guards that Sowetan spoke to were retrenched last year.

Frans Manamela, 28, said he was lucky to get a job this year after he was retrenched.

"It was tough because I thought the provident fund money would help while I was looking for another job. But I have been waiting ever since.

"I look after my two younger sisters and my mother, who are all unemployed," he said.

Azwinyandi Mathengwana, 26, said the IQ Group had not paid him a month's salary before he was retrenched.

"We were told to wait for at least 8 to 12 weeks for our provident fund money but that period has lapsed. The last time they told us to bring our banking details," he said.

In letters seen by Sowetan, Sars wrote to the company in August last year alerting them that:

l Owed R1,2million in Pay As You Earn;

Some of the tax defaults date back to 2003. Their provident fund managers at Liberty Life wrote them letters in July and September last year, informing them that the fund had been terminated because it was in arrears by R352000 and R291000 respectively.

"As a result of nonpayment, the fund has terminated any cover for death and disability effective midnight July 13," the letter read.

The company's book keepers also discontinued their services, citing the seriousness of the company's finances "which might cause serious damage to yourself or the company," accountants Bloem, Nel and Joubert wrote.

Piet Franken, managing director at IQ Group, refuted the allegations and said the company was not experiencing any financial problems.

"Your source is spreading unfounded rumours," he said.

He said there was money to pay the guards and that a "re-scheduling" had created the glitch.

"I can promise you that the guards will be paid soon. The money is there. All they have to do is make an appointment with our human resources manager and I will personally attend to that, " he said.

When asked how Marais ran the company from overseas, he said he had managers who reported to him.

"Marais only manages the company's bank account," he said.

He said he heard about the Sars case but that he was not "privy" to the details. Company owner Marais emigrated last year and lives in a three-storey mansion.

Marais had allegedly put his house in Clarens up for sale.