Cash for organs is no joke 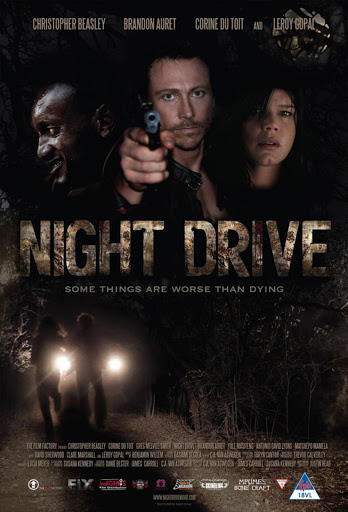 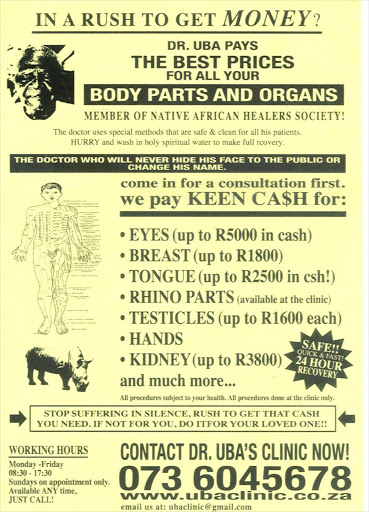 The advert includes a website and pamphlets distributed in Johannesburg advertising “Dr Uba’s Clinic”, which offers money in exchange for organs and body parts.

He noted that recently, allegations were made by a private investigator, Trevor Ackerman, that an organ harvesting syndicate is operating on the East Rand that strips dead bodies of organs to be sold.

And in February last year, Deputy Provincial Police Commissioner William Mpembe said that “muti murders, particularly those involving young children, seem to be on the rise in the Tshwane areas including Soshanguve, Garankuwa and Rietgat".

"The public outcry over this advertisement will hopefully lead to more awareness and a crackdown on the illegal human muti trade," Bloom noted.

The website showed pictures of a semi-naked woman about to go into surgery.

Spokesman Rich Hlatshwayo said in a statement that creative agency, 1984, a subsidiary of Ogilvy, produced the campaign on behalf of Indigenous Film Distribution to promote the movie 'Night Drive'.

“While the motivation behind this campaign was honourable, 1984 acknowledges that this was in bad taste and apologises unreservedly,” he said.

MD for Ogilvy in Johannesburg, Julian Ribeiro, said the company 1984 consists of “three young talents who joined Ogilvy last year”. He added: “They had an existing relationship with Indigenous Film Distribution and the project for 'Night Drive' was ongoing”.

Ribeiro said Ogilvy was “very upset” about the campaign and disciplinary action would be taken “internally”.

He said further: “1984 did seek legal counsel [before the campaign was launched] and were told to make sure that the details on the pamphlet and the  website were fictitious... that the phone number would not work and  that no harm would be brought to anyone”.

“No one ever expected this kind of response. Only 800 leaflets were handed out at robots and the project had a low budget.”

It is not clear where the movie will be shown on circuit.