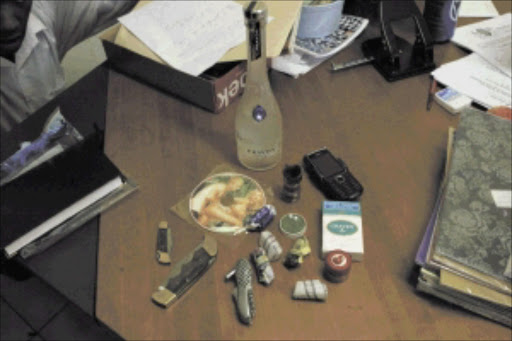 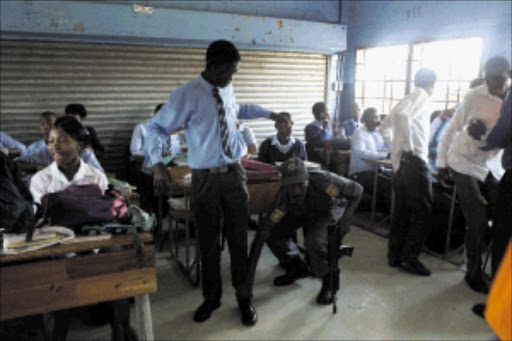 Jabulani police spokesperson Warrant Officer Kay Makhubele said: "A 20-year-old boy in Grade 10 was found with several halves of mandrax tablets. He said he was not selling them but police found money on him. He could not explain where he got the money from. Another pupil, 19, was apprehended after police found a big knife on him."

Makhubele said one boy, 18, found with dagga at one school, took the police to a house in Doornkop where he claimed to have bought it.

A 26-year-old man was arrested. He has been charged with dealing in drugs.

As police did their searches, they explained to the pupils why they were doing the raids.

Makhubele said school monitors would meet with parents of the pupils who were found with illegal stuff.

"We have to help these children. If they need counselling, they will be taken for counselling. They have to focus on their learning," he said.

"This is a continuous thing. We will raid schools from time-to-time without warning. Pupils found with illegal things will face the full might of the law," he warned.

Mazibuko's spokesperson Thapelo Moiloa said: "We are worried about the scourge of abuse of alcohol and drugs at schools. We urge the community to play their part and help police identify people who sell drugs and alcohol to pupils.

"We have to make today's pupils the stars of tomorrow."

Some of the pupils were not happy with the raids.

"Why should I be searched? I did not come to school to be searched but to be taught," one pupil from Moletsane Secondary where the bottle of Vodka was found said.

"Why are we being searched? Why would we come to school with illegal things? Children from our school are well-behaved," a fellow pupil said.

Last week, Sowetan reported about a dagga field growing in the yard of Boitumelong High School in Tembisa.

Recently, five 14-year-old boys who allegedly owned a dagga plantation in Lenasia were arrested. Both plantations were destroyed.