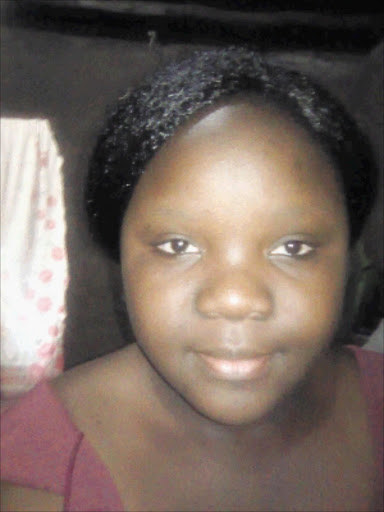 THE Mpumalanga education department has suspended 13 teachers and a principal following the death of a pupil who committed suicide after discovering that she had failed Grade 11 because she allegedly refused to pay or sleep with a teacher.

The whole staff at Vezilwazi Secondary School in Siyabuswa was suspended last week Thursday and the school was immediately shut down. The department also cancelled all reports and ordered the remarking of scripts so that valid reports could be issued to pupils.

Pupils were allegedly asked to pay a R500 bribe or offer sexual favours to staff in return for a pass.

Grade 11 pupil Trish Ramavhoya, 18, allegedly refused to pay or sleep with a teacher and decided to end her life using an insecticide on her birthday when she discovered that she had indeed failed as a teacher had promised.

Trish's aunt Olga Marube said the report was only signed by the principal and that her class teacher refused to sign because "it (the report) was not the true reflection of her (Trish's) performance".

"The class teacher said there was no way Trish could fail because she was a straight A pupil."

"She took the poison (insecticide) on her birthday (January 18) and died at the local clinic later," the aunt said.

The deceased's 52-year-old mother, Mavis Marube, said the fact that her daughter committed suicide on her birthday made her feel "as though I was going through labour all over again".

"It was the most painful experience especially because her older sister committed suicide last November and my husband collapsed and died the same day. This year it is Trish."

At an urgently convened parents meeting attended by senior education department officials at the school yesterday, parent Sponono Skosana said that her son had asked for R500 to pay so that he could be promoted after failing Grade 11 for the fourth time.

"At first he would not tell me why he wanted the money," she said.

"But eventually he told me that a teacher told him to make a plan so that he could be promoted. I was shocked."

Nkangala district education director Jerry Mabena announced at the meeting that the new teaching staff would begin work at the school today.

He said the district's deputy chief for education management and governance development, Segale Mokone, has been appointed acting principal.

Regarding the suspended staff, Mabena told parents that "we will follow proper guidelines and the first process is to suspend them so that we can investigate".

An official who did not want to be named said MEC Regina Mhaule was scheduled to meet the head of department to "sort out the mess".