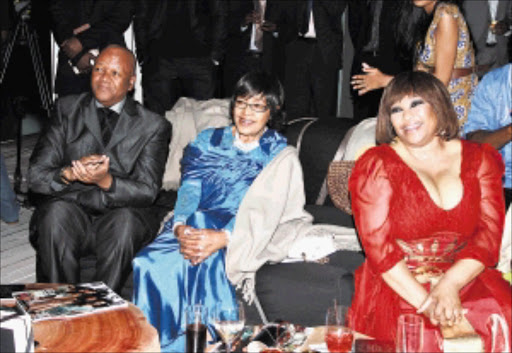 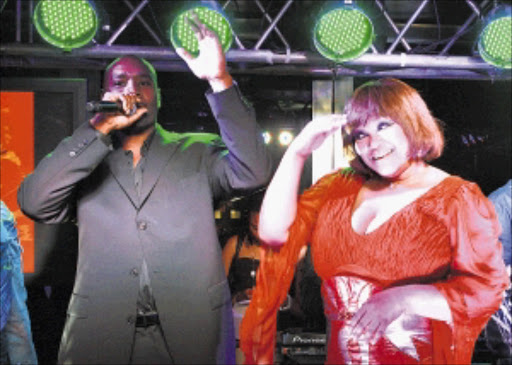 CELEBRATING her 50th birthday in grand style, Zindzi Mandela paid tribute to the two people whom she was most grateful for - her parents Nelson Mandela and Winnie Madikizela-Mandela for turning her into the woman she is.

At a lavishly sponsored party that drew the cream of South Africa's political and social elites to Randlords nightclub in downtown Johannesburg on Saturday night, Zindzi said she "would never have made it without the support of her parents".

Madikizela-Mandela painted a relaxed and smiling picture in her turquoise satin frock.

She, along with more than 250 guests, applauded the birthday girl when she made the heart-warming speech.

Madiba, rumoured to be suffering from ill-health, did not attend the party, but made sure his presence was felt with an exquisite gift - a brand new silver Mercedes-Benz.

Described by guests as "amazing and awesome", the party - that started at 7pm and continued well until after 3am - did not fall short of any glitz and glamour.

Apart from glowing speeches by Zindzi - kitted out in a red David Tlale evening dress - and her son Bombatha and several other well-wishers, the undoubted highlight of the evening was when American actor Morris Chestnut wheeled out a two-tier birthday cake.

Bongani Fassie and Zindzi's son - who had written a song specially for his mom - then serenaded Zindzi as she blew out the candles on the birthday cake.

Zindzi's tears seemed ready to flow as her other son Zondwa said:

"If this was an orchestra, you would have been the conductor of the most beautiful symphony.

"If this was a beauty pageant, you would have been the queen of the universe."

But after the formalities, it was time to party with the menu consisting of African cuisine and entertainment provided by, among others, the Bala brothers.

The most noticeable absentee from the party was Zindzi's older sister Zenani.