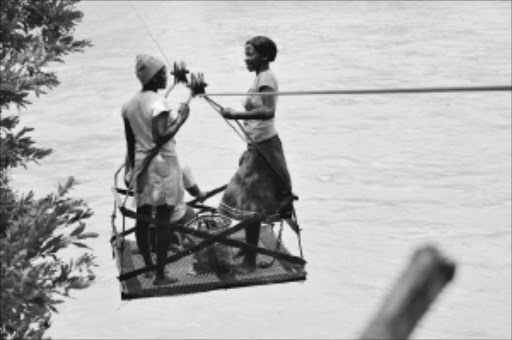 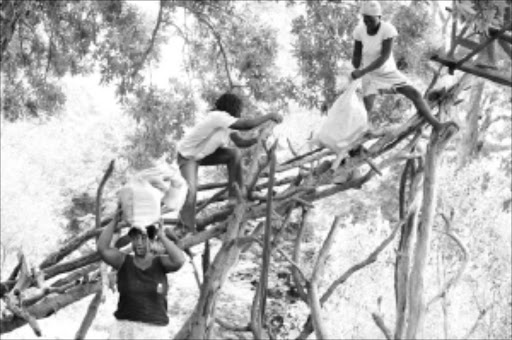 THE search for four people, including a baby boy, who drowned five days ago outside Burgersfort has been temporarily suspended as divers battle to find the victims.

The victims are from the poor Masehleng village near Taung in Limpopo.

The tiny village is cut off from the outside world after heavy rains fell in most parts of the province, resulting in the Lepelle River overflowing.

Residents were unable to cross to the other side to reach clinics, shops and schools.

The four victims drowned after falling from a makeshift cable cart used to carry them to the other side.

The village, which is situated between the mountains, is home to only five families. At least nine children have to cross the overflowing river on a daily basis to attend school at nearby Taung.

Of the nine, three attend secondary school while six are in primary school.

On Sunday five people were using the self-made cable cart to cross the river when one of the trees to which the cables were tied was uprooted during the heavy rains and they fell into the river.

One of them, a man, survived by swimming out of the river. The others, two women, a man and a baby boy, drowned.

The victims have not been found yet despite a frantic search involving members of the police's diving unit.

Sowetan yesterday found the villagers still trying to come to terms with the tragedy.

One of the residents, Jekina Tshehla, 47, said the tree could have fallen because the vessel was overloaded and the anchoring soil was wet as a result of the rains.

She said the car was meant to carry at least three people at a go. Tshehla said she was still traumatised after witnessing the incident.

"It's like I can still hear them screaming for help which never came," said Tshehla.

She said the rain fell nonstop for three days.