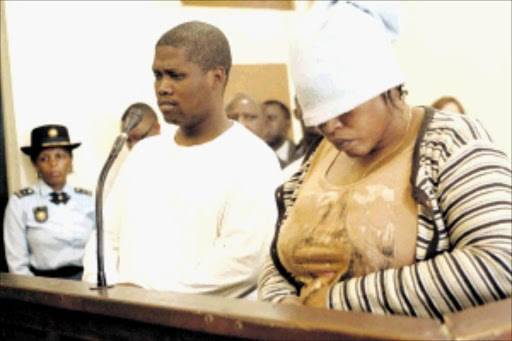 The serial killer who murdered 13 women and dumped their bodies in sugarcane fields will be sentenced in January, the Durban High Court heard on Wednesday.

“You will be sentenced on January 19. You will remain in custody  in the Westville prison,” said Judge King Ndlovu.

Last week Thursday Thozamile Taki was found guilty on all 26 charges relating to the murder of 13 women whose bodies were found in sugarcane plantations in Umzinto and Port St Johns in 2007.

On Wednesday the State and defence gave arguments about the sentence that Taki should receive.

Taki’s counsel Thulani Shange told the court that the 39-year-old Taki had only been educated up to Grade 4, which he did  not pass.

“At the age of nine his father went to Johannesburg to seek employment and never returned till this day. He was left with his mother who was sick and unemployed. His mother passed away at age 19,” said Shange.

Taki was the eldest of three siblings. He started looking for a job when he was 13 years old.

“The accused has been held in prison for 39 months waiting for the finalisation of this trial,” said Shange.

State prosecutor Noxolo Tokwana said the State suggested life in  prison for each murder and 15 years for robbery as Taki had been found guilty of very serious crimes.

“When looking at sentence the court should look at the seriousness of the case. It is a request of the State the court consider that 13 females were killed who were defenceless, unarmed and trusted the accused,” said Tokwana.

She said Taki took advantage of the victims by promising them jobs and then took the little that they had.

“Evidence shows that some of the families went to loan sharks.

The accused has not shown any remorse. His counsel has not said anything. When the victims’ families were crying, he saw it as a joke,” said Tokwana.

Taki did not deserve any leniency from the court, she said.

“It is the duty of this court to protect law abiding citizens from people like the accused. No sentence can repay the damage. Not  seeing him on the streets is enough.”

Ndlovu asked Shange if he had anything more to say in his client’s defence.

Shange said Taki’s personal circumstances and background could be taking into consideration.

“His father who was supposed to contribute to his well-being left him. The court can take that into consideration.”

Ndlovu said there were many people who grew up in worse conditions, but he would consider the circumstances.