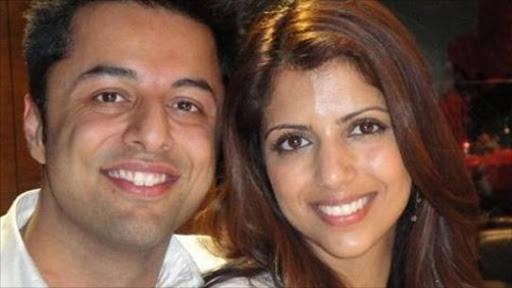 British millionaire Shrien Dewani was arrested in London on Tuesday night for suspected involvement in his wife Anni’s murder, the BBC reported on Wednesday.

He was arrested at 11pm London time at the request of South African authorities on suspicion of conspiring to kill her, Scotland Yard told the broadcaster.

"A spokesperson said he had surrendered himself at a police station in Bristol on Tuesday and was later arrested," its website said.

Dewani, from Westbury-on-Trym, was expected to appear in the Westminster Magistrate’s Court later today.

British newspaper The Sun said an extradition application was being prepared ahead of the proceedings.

A spokesman from the Extradition Unit told the publication Dewani was accused of committing an offence which "would constitute" conspiracy to murder if it had taken place in England and Wales.

Scotland Yard had also been asked by South African authorities to run checks on mobile phone calls made by Shrien from the UK, it reported.

"We weren't told what would come out in court and it came as a shock," Vinod Hindocha told the publication.

The arrest came hours after the Cape High Court heard that it cost Dewani a mere R16,000 to have his new bride killed. Cape Town shuttle driver Zola Tongo, 31, was jailed for an effective 18 years  on Tuesday for his role in the plot, following a plea bargain with the State.

Anni, 28, from Sweden, was honeymooning in Cape Town when she and her husband were hijacked while in a taxi on Saturday, November 13. Shrien claimed the hijackers had forced him out of the vehicle.  Anni's body was found in the abandoned vehicle the next day. She had been shot.

In a statement handed in as part of a plea agreement, Tongo revealed how he and Shrien had participated in a fake hijacking.

"The agreement was that after the hijacking of the vehicle, both  Shrien Dewani and I would be ejected from the vehicle unharmed, after which the deceased would be kidnapped and robbed, before she was murdered," he said.

The couple, who had been married for two weeks, were travelling through Cape Town's Gugulethu township at the time of the hijacking.

Tongo was convicted of murder, kidnapping, robbery with aggravating circumstances and perverting the course of justice.

Two other people, Xolile Mnguni, 23, and Mziwamadoda Qwabe, 25, face charges of murder, aggravated robbery and kidnapping. They were expected to appear in court in February next year.

Dewani returned to England after the murder and denied any involvement in it.

"Shrien is wholly innocent of any involvement in this heinous crime. These allegations are totally ludicrous, extremely convenient for South Africa and very hurtful to a young man who is grieving the loss of the woman he loved, his chosen life partner."