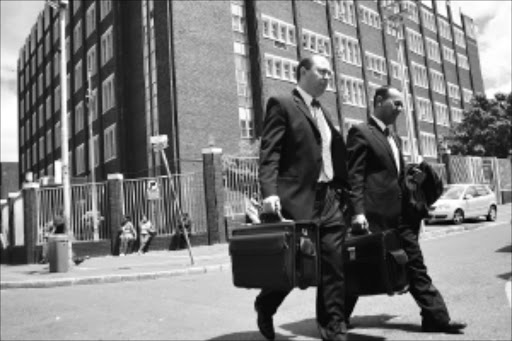 THE driver of slain honeymooner Anni Dewani has been charged with her murder.

They were remanded in custody at Pollsmoor Prison until next Monday.

Tonga reportedly offered to turn state witness and tell police why Dewani and her husband Shrien were hijacked in Gugulethu 10 days ago and Anni later murdered. He reportedly wanted a suspended sentence in exchange.

Britain's The Sun newspaper on Friday reported that Shrien, the woman's husband who owned a British healthcare company with his father and brother, was R70million in debt.

The newspaper reported that an unnamed police source said "an explosive revelation" would be made soon.

De Kock is prosecuting the high-profile case himself. Mngeni is to appear in court again on Thursday, alone.

According to British newspapers the police believe that Tonga called his friends in Gugulethu after the Dewanis said they wanted to go there. The car was then ambushed and Tonga pushed out of the car.

Meanwhile, there is widespread confusion about whether Shrien Dewani might have been involved. Some media quoted sources in the police as saying Dewani was set to be escorted back to South Africa by British police this week. But the British media said the police escort was to protect Dewani from being assassinated before he identified the hijackers.

Local police now say they won't confirm whether Dewani is heading back to South Africa or not.

To add to the confusion, National Police Commissioner Bheki Cele said last week that Tonga was not a suspect.

Yet two days later, Tonga was arrested and charged with murder.