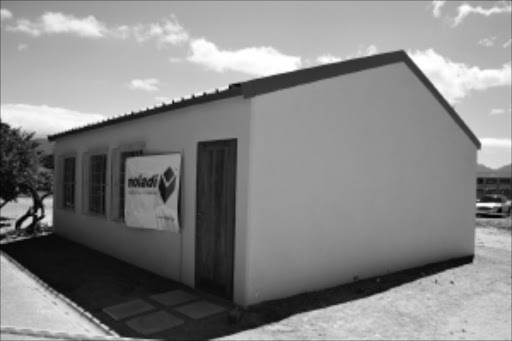 A PORT Elizabeth businessman has come up with a plan to fix the shortage of classrooms at schools and promises faster results at half the price.

He says he has presented this classroom to the Western Cape education department and hopes officials will commission him to roll out more classrooms.

The classroom walls are made by filling a plastic wall framework with cement.

"There are schools where classes have 72 children and three teachers using the same classroom. We are able to build stand-alone classrooms in a day," Botes says.

He says Moladi would also ensure that locals were employed to build the schools.

Calitz says they donated the classroom to Hillwood and confirms that his company could build classrooms for less than 30 to 50percent of the usual construction costs.

Hillwood principal Sandy Daniels says they inspected the new classroom and were "happy with the structure and space".

Ismail Jakoet, deputy director for infrastructure of the Western Cape education department, says they will "assess the prototype" that Moladi built. He says the department planned to replace 22 schools over the next three years and were investigating various building options.

"Population growth has created a problem because we can't accommodate learners at all schools," says Jakoet.