MEC and bodyguards robbed on highway 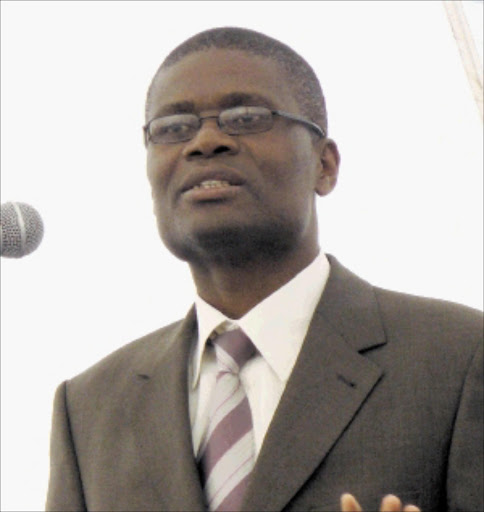 Masuku's official car was forced to stop on the N12 highway near Delmas by thugs driving a BMW. "They took my cellphone and a gun belonging to one of my two bodyguards," he said.

The incident happened on Monday at about 8.15pm near the Delmas-Bapsfontein off-ramp.

Masuku and his guards were travelling from Nelspruit to a meeting in Johannesburg.

He said two bullets hit his car, but police who examined the navy blue Mercedes Benz said it appeared only one bullet hit it.

"The occupants of the other car set their blue light on with the aim to get us to stop. I then realised that one of them had a rifle pointed at us," Masuku said.

He said suddenly shots were fired at his car. No one in his car was, however, injured.

He said he first saw the BMW some distance from where the actual shooting occurred.

Masuku denied an earlier police report that his car had its blue light on, saying, "We did not use a blue light since there was no emergency. We were travelling at a normal speed when it happened."

Masuku said they had just overtaken a truck when the BMW re-appeared and slowed down behind them.

The occupants shone a torch in the MEC's direction, and they moved on to the next lane and drove parallel to them and switched on a blue light on their dashboard.

"I thought they were policemen, but as they tried to force us to stop using the flash light and firing at our car, I realised they were thugs trying to rob us ... I kept my cool."

Masuku said as they were trying to find a suitable place along the road to stop, he saw a rifle pointed at their car and several shots were fired.

"More than five shots were fired," he said.

Once they have stopped, three men in police uniform alighted from the BMW and told them that they wanted to search the vehicle for drugs and other illegal items. "They did not produce their police identification cards," he said in response to a Sowetan question earlier.

Masuku said the suspected robbers searched them and took a bodyguard's firearm, the car keys and his cellphone.

Curiously the men returned his cellphone and sped off in the direction of Johannesburg.

The MEC told Sowetan police arrived at the scene and he later managed to continue with his trip to the meeting with the help of Delmas Mayor Jack Rapatsa, who provided them with transport.