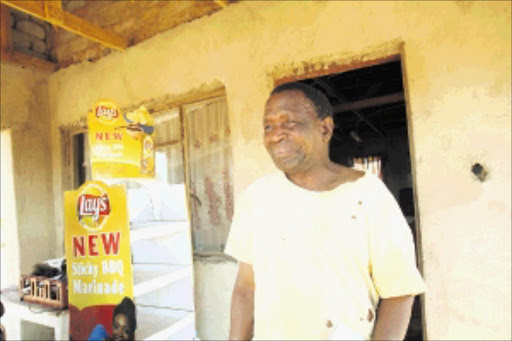 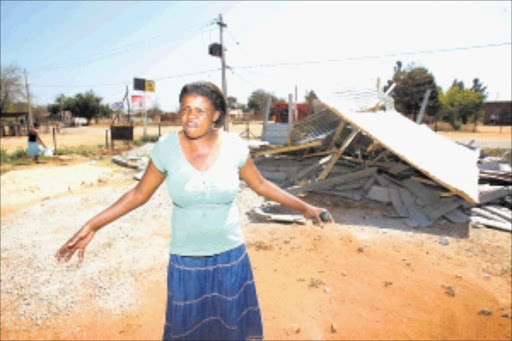 VILLAGERS at Luka near Phokeng in Rustenburg are up in arms against their tribal leader Kgosi Leruo Molotlegi who allegedly ordered the demolition of tuck shops in the village without any warning.

The demolishers allegedly also threatened to stop water supplies to the village and to demolish backyard rooms because villagers rented them out to "foreigners".

Yesterday angry tuck shop owners called on Molotlegi to rebuild their structures, some of which were still under construction. Some have already sought legal advice with the intention of suing their leader.

All the demolished structures were newly built and some owners produced trading permits that had been issued by the Rustenburg district council but which were ignored by the demolishers.

Dr Sue Cook of the research and planning division of the Bafokeng administration confirmed the "Operation Demolition" of about seven buildings, including those newly built and not yet in operation.

She said warning letters were issued on September 9 and the demolition started the following day and that it was an ongoing operation.

Cook also said the Bafokeng supreme council "warned residents through the makgotlas" and that the aim was to regulate business and to ensure that people apply for rezoning.

She said the demolition of the new buildings was to pre-empt the operation of illegal business and the action had the support of the Bafokeng Business Council.

Pensioner Mathusa Selomane, 66, of Tau Section, Luka, said he was returning from town about midday on Tuesday when he found people removing stock from his newly built tuck shop.

"About eight heavily armed security guards with a bulldozer knocked down my shop and mangled the corrugate iron to ensure that I cannot use it again."

Crying, Selomane showed Sowetan a business certificate issued by the district municipality. He said the tribal leader was treating Luka villagers as outcasts.

"After demolishing my shop, they threatened to return soon to demolish our backyard rooms and stop our water supplies," said Selomane, supported by other villagers.

Violet Makobe, whose incomplete structure was the first to be knocked down on Friday, has sought legal advice with the intention of suing the authorities.

"Since we cannot find employment here, I built the tuck shop so that I could be able to maintain and educate my children."

She received a warning letter on Thursday and the bulldozer moved in the following day "before I could respond to the letter".

"I have since engaged a lawyer to sue for my losses."