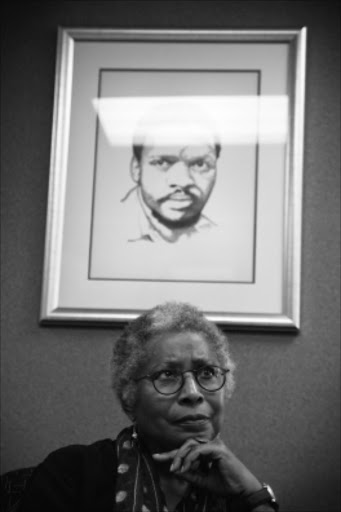 Walker spoke last night at the annual Steve Biko lecture, hosted by the Steve Biko Foundation at the University of Cape Town.

"I am unable to comprehend how you have a president who has three wives and 23 children, who seems to have little of the restraint in his personal life that would make dignity and respect accorded to his people," Walker told about 1500 people.

"Your government is not listening to your cries for a new and better way to exist," she said.

She also hit out at greed.

"Each day has brought a new disclosure of rampant greed and materialism that takes one's breath away. There is news about the desperation of the poor . was Steve Biko's death from torture for this?"

She also said Winnie Mandela had not received the respect she deserved for her contribution in the struggle. "We do not understand why a country does not have both its parents, its father but also its mother.

"It was deeply disturbing to many of us in the US that Bill Clinton, who could not respond to the genocide of eight million Rwandans - and even De Klerk - are going down in history as more honourable than Winnie Mandela. How can this be?" Walker asked.

Walker then spoke about the need for Black Consciousness, the protection of animals, and her hopes for freedom for the people of Palestine

"The people of Palestine have a right to their land, their freedom. No lie will live forever. When the lie dies that Africans are merely savages, that Palestinians are merely terrorists, when lies die, people live," Walker said.

She said of Biko, murdered by the apartheid regime 33 years ago this Sunday. "He fully understood the foundation of any true liberation was self-love."