DA slated over no work no pay rule 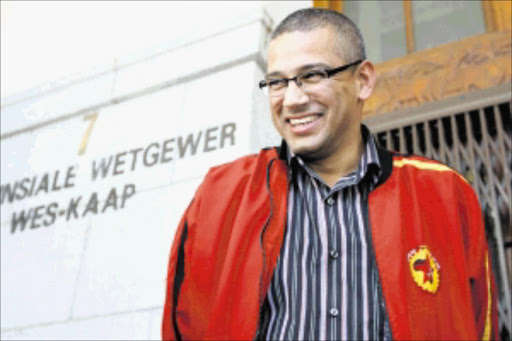 THE DA has moved in the Western Cape to implement government's threat of "no work no pay" for striking public servants.

"The PSCBC has jurisdiction over the whole public service including Western Cape, so the decision by the DA is not only undermining the authority of the PSCBC, but may also be an indicator of the level of hatred the DA has for the public service workers," Pamla said.

He labelled the DA as "primitive". He said the "no work no pay" rule was still being discussed in the PSCBC.

One of the unions' key demands for ending the strike - which is only suspended at the moment - is that government should deduct leave days from striking workers instead of deducting their pay.

"The DA's decision is meant to ensure that our members should have no money to go to work so that they can starve to death," Pamla said.

Cosatu provincial secretary Tony Ehrenreich said the DA must withdraw its "threat of deductions" by tomorrow or it will call for all its member unions in the province to embark on another strike.

But Western Cape Premier Helen Zille is blaming the move on the ANC-led national government.

In a letter sent to Nehawu on Monday, Zille said her administration had been directed by the national Department of Public Service and Administration in writing to apply the principle to striking workers.

"The (Department of Public Service and Administration) has furthermore warned that departments who do not effect the deductions timeously will have to account for this in terms of the Public Finance Management Act," Zille said.

"This administration therefore has no option but to comply with the directive."

Dumisani Nkwamba, spokesperson for Public Services and Administration Minister Richard Baloyi, did not respond to messages from Sowetan.