A third of RDP houses are 'sub-standard' 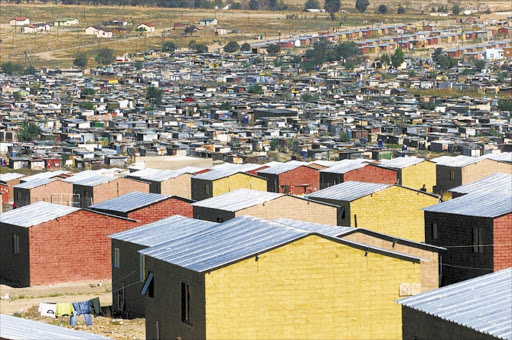 This is according to Statistics South Africa's General Household Survey conducted between 2002 and and last year.

The survey revealed that 31 percent of 1,8 million people who received the houses regarded them "as very weak".

MAKING MONEY OFF THE HOUSES

The study also showed that 71,6 percent owned their RDP houses while 7,8 percent were renting.

More than 1,8 million people nationally were still on the waiting list for RDP houses last year, with Gauteng leading the pack at 661 000, followed by KwaZulu-Natal at 301 000.With 29 000 people on the list, the Northern Cape has the least number in need of houses.

MORE ARE LIVING IN BETTER HOMES

The number of households living in formal dwellings increased from 8,1 million in 2002 to 10,4 million in last year.

The most significant strides in housing were made for black people as the proportion of households living in formal dwellings increased from 65,8 percent in 2002 to 69,5 percent last year.

A survey recorded a steep decline in the provision of regular refuse removal for informal dwellings and for the population in general.

Statistics SA head of social analysis Isabelle Schmidt, said access to regular refuse removal increased significantly for residents of informal settlement between 2002 and 2006. "However, this was followed by a significant decline to the extent that 2009 levels were below the figures reported in 2002," she said.