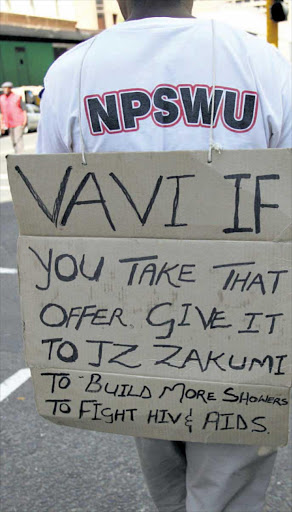 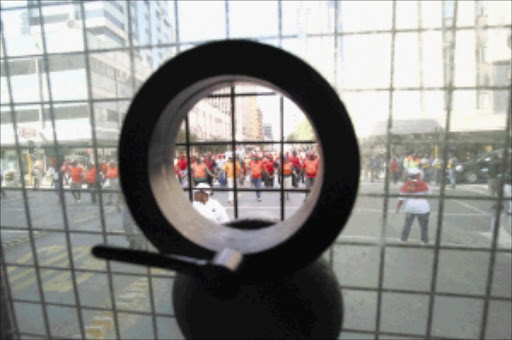 STRIKING public servants at the weekend were seriously considering a proposal to end their industrial action.

Their decision was to be announced by Cosatu at a press briefing yesterday afternoon but it was postponed hours before it was to be made.

Sowetan was told that all unions involved in the nearly month-long strike spent the weekend trying to persuade their members to return to work and accept the government's revised offer of a 7,5percent salary hike and R800 housing allowance.

Officials on Friday "were informed of the latest decision for unions to consider to demobilise members due to the high levels of intimidation".

Cosatu spokesperson Patrick Craven said: "The press briefing was postponed because some unions are still consulting their members.

"They felt it would be premature to make an announcement before consulting their members. Everything will be revealed at a press briefing tomorrow (Monday)."

"We were counting on the secondary strike last week to give us more power. That was going to be our weapon," said the source.

"But Vavi called it off at the last minute."

Leaders have been instructed by workers to force the government to backdate the 7,5%increase to April 2010.

"The leadership do not want to be accused of selling out. They want the workers to call it off. We are just hanging in the air waiting to be told that an agreement has been signed."

While Cosatu refused to give details for the postponement, a senior unionist, who did not want his name published, said: "They were to announce whether or not the strike would be called off based on the various unions' consultations with their members.

"But when it was established that not all unions had completed the consultation process, the decision was to make an announcement this morning."

National Education, Health and Allied Workers Union Kwazulu-Natal spokesperson Khaye Nkwanyana confirmed that they had since Friday been in consultations with members calling for a suspension of the strike.

"We did begin consulting with our members and large numbers of our members are not in favour. We are, however, continuing with efforts to persuade them to abandon the strike."

South African Democratic Teachers Union Kwazulu-Natal chairperson Chris Ndlela said: "Unions were supposed to meet yesterday to discuss the final word on whether to suspend the strike, but the meeting was later cancelled because some unions had not finalised the consultation process.

"We have been briefed by our national leaders to consider suspending the strike but the actual return to work will be left to members."

National Teacher Union president Allen Thompson said: "We were informed that this is the decision taken on Friday.

"Our members were not on strike but the high level of intimidation forced our members to down tools in the fear of their lives.

"We would definitely welcome the suspension of the strike."