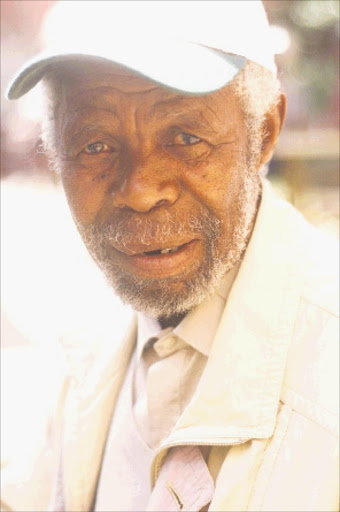 He was admitted on Friday after a heart attack and had been in the intensive care unit until his death.

"I have lost a loving father. My heart is broken. I will miss him dearly," said his daughter and only surviving child, Paulina Shongwe.

She said her father had a stroke about six weeks ago. This was after he had lost his son in February.

"I think he did not accept my brother's death. He was not the same after that. But he had shown signs of recovering and I was happy that he was walking without assistance," she said.

Shongwe said Ngakane lived with her at her home in Orlando West, Soweto.

"I asked him many years ago to come and live with us because I was touring the world and my children would be left alone," she said.

"He was a great grandfather to them. He taught them a lot of things. He was like a mentor to them."

Ngakane acted in popular TV dramas such as Mopheme, Lesiba and Inkinsela yaseMgungundlovu and his deep voice was used in radio adverts such as King Korn mtombo mmela and BB pipe tobacco.

Ngakane was also the baritone singer of jazz group Skylarks, Miriam Makeba's early backing group. He also produced some of the group's greatest hits, including Inkomo Zodwa and Hush.

Ngakane's old time friend and colleague Abigail Kubheka said: "We have lost one of our greatest actors and singers. He was a giant in his job and a man when he was with his people. He was well-mannered."