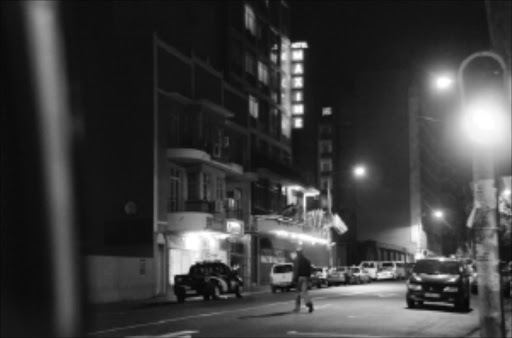 Joburg's ladies of the night are looking to "encourage foreign and local boys to come and not only feel it, but experience it" while they maximise profits during the World Cup.

Working hours have been extended but the price of a few minutes of pleasure was expected to increase with the huge influx of tourists expected for the soccer extravaganza.

Ntokozo, who operates in Hillbrow, said: "There is no World Cup special. The prices remain the same."

She said this was because more girls were expected to move from their home towns to work in Johannesburg during the tournament.

There were rumours before the tournament started that pimps would increase prices by more than 100percent, but this had not materialised.

Sowetan visited some local strip clubs and brothels to check out the scene.

Most of the places Sowetan visited have stickers on their doors announcing that they operate from 6pm to 6am.

The Royal Hotel in Hillbrow seems to have caught the World Cup spirit since it was teeming with guests from all over the world. Some, who seemed to have enjoyed themselves too much, fell asleep on the couches - behaviour that the establishment does not permit. With some of the guests clearly not articulate in English, the guards had to escort them to a safe area.

Prices at the Royal ranged from R150 to R300, which a frequenter said was "too exorbitant".

A man who introduced himself as Sam said the increase had some negative aspects as some ladies shared rooms.

"It is uncomfortable to see a man with his lady waiting for you outside the room because they also want to use it. What if that man is my boss or brother-in-law? We love this place because of its privacy," Sam said.

The Summit Hotel, also in Hillbrow, is a truly World Cup destination. The ladies wore lingerie made of the national flags of participating teams.

World Cup fever had also made the managements of many Hillbrow establishments bend the rules a bit. People are now allowed in dressed in sneakers and T-shirts.

But police patrols are making it almost impossible to pick women up on the streets. But if Bafana score, you just might pick one up without any police sirens at your back.