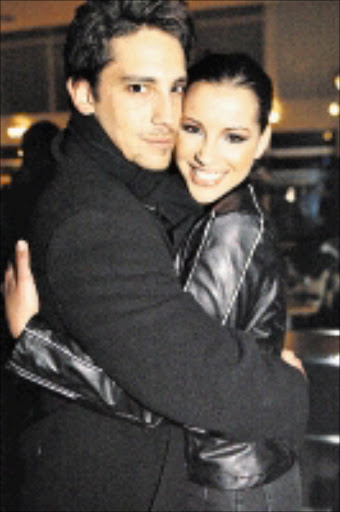 IN THE PAST: Danny K and Lee-Ann Liebenberg. Pic. Dudu Zitha. 25/02/2010. © ST DANNY K AND LEE ANN LIEDENBERY ,AT THE LAUNCH OF THE LATEST BMW IN MELROSE ARCH HOTEL ,PIX DUDU ZITHA

GIRLS like to have fun and this got us thinking about which girls might do what during the coming 2010 Fifa World Cup.

GIRLS like to have fun and this got us thinking about which girls might do what during the coming 2010 Fifa World Cup.

Sonia Sedibe will look stunning on the arm of husband Lesley, while we sit at home wishing we were there.

Khanyi Mbau will be everywhere trying to get into VIP parties.

JuJu Baby will be making comments about "agents" and "bastards" in the suites to people's horror.

Connie Ferguson, who is free of Generations, will be signing autographs while the rest of us try to get a good view of the football games.

Bassie Khumalo will avoid the paparazzi in case they use her "unglamorous" pictures.

Peggy Khumalo will be hustling for tickets at the entrance in her tiara and sash from the early 90s.

Jessica Motaung will do what she does best in the private suites.

Khanyi Dhlomo will be in Richards Bay ensuring the Nigerian football team members feel at home. She will probably give them a copy of Destiny Man.

3Sum members will make the foreigners believe that all the homosexuals in Mzansi are tjatjarag.

Nthatho Mashishi will probably be with his favourite bouncer from Inc protecting him this time we hope.

lWe told you so! We girls were the first to tell you that socialite and Danny K's ex-girlfriend of seven months ago, Lee-Ann Liebenberg, is already a couple of months pregnant with some polo player's baby. Of course she initially denied it but last week confessed to the Sunday Times about the pregnancy. See, I told you we don't lie. Why she pulled a Kelly Khumalo stunt by lying, we are still confused.