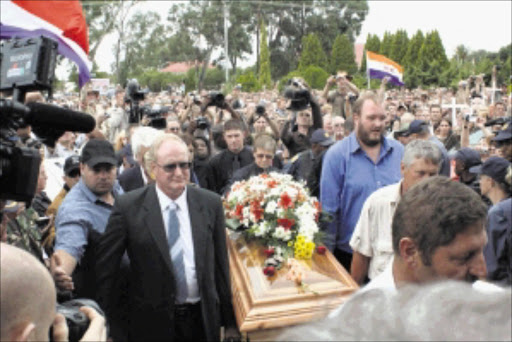 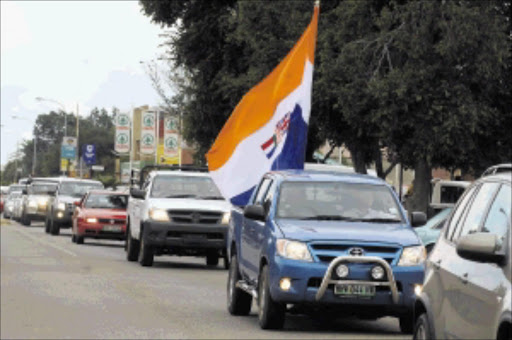 On arrival at Terre'Blanche's home the tension and dismay over the Sowetan team's presence could be felt.

We immediately decided to go to the church, where a press briefing was scheduled to take place later. There an even more hostile crowd, many walking around with guns strapped to their waists, greeted us with angry stares as we timidly made our way into the yard.

That I was in the company of two experienced photographers - Peter Mogaki and Bafana Mahlangu - was cold comfort.

Colleague Mogaki was intimidated into professing his "friendship and admiration" for Terre'Blanche when a group surrounded him in the yard. Mahlangu had his fair share of intimidation, which he braved with dignity.

We tried to keep away from the angry people, an almost impossible task considering that almost all of "white" Ventersdorp had descended on the church to see off their hero.

There were other scary moments. Like when Koos van Zyl said: "If he can be photographed, he can be shot."

Anger and hatred were on open display.

"We do not hate black people, we just want to practise our culture, language and religion in the absence of (k#*rs)," I heard André Visagie tell the mourners.

"Do not provoke people who are sad and in pain. Keep a low profile. If you want to see real trouble, you will provoke (us)," Visagie warned us when asked if we would be allowed in the church for the funeral service.

"If Malema is saying kill the Boer we can say kill the black k#*3r," said Van Zyl, to huge applause again.

"They are even allowing these bobbejane at the grave," remarked one of the mourners as the Sowetan team made its way to the cemetery.

As we drove out of town, past whites having braais and drinking, I wondered how those older people had lived under such conditions during apartheid. I was just grateful I wasn't part of that era and that on Friday I was not klapped!