'We get no pay for overtime work' 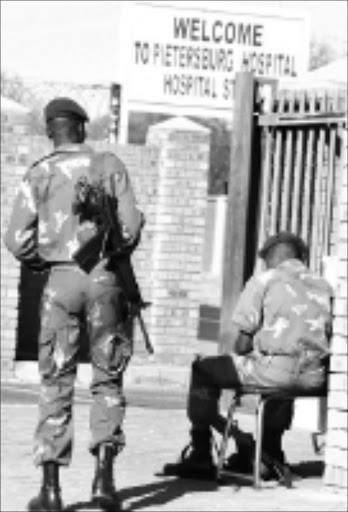 NURSES at various clinics in the Mopani district in Limpopo have complained that they often work 24 hours non-stop without being paid for overtime.

Sowetan has been inundated with calls from nurses this week who said they were finding it increasingly difficult to cope under such stressful conditions.

They said they had been forced to work for a month without taking days off and that the punishing schedule was affecting their families.

The nurses also said they were forced to sleep at their respective workplaces.

"The problem is that we are forced to be in the vicinity of the clinics in case terminally ill patients and women in labour arrive," said one nurse who preferred to remain anonymous.

She said their demands for overtime pay and for being on standby had yielded no positive results.

Most of the nurses started doing the overtime shifts in February last year and some in August, said another nurse.

"The problem is that we are always told payments are being made from our district offices in Giyani but the payments have not been forthcoming," they said.

According to some of the affected nurses, they had submitted claims for last year but were only paid for one month.

It is still not known yet for which month the payments were made, said one nurse.

The clinics experiencing the most problems are Zangoma, Jamela, Tours, Mogapeng, NkowaNkowa, and others in Giyani, including Basani.

The nurses have accused their respective matrons of being responsible for the delays in receiving their overtime pay.

Spokesperson for the provincial department of health and social development Selby Makgotho said the department would investigate the allegations to find out what was causing the delays.