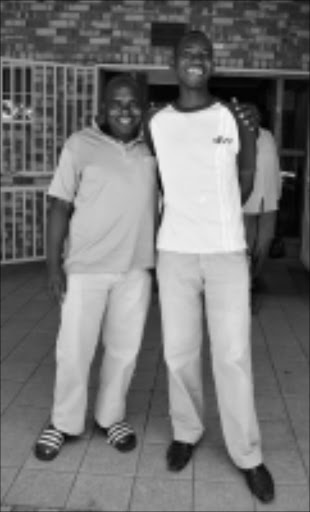 SNOWY Mabilu was among a few star pupils in a township where pregnancies played havoc with matric results.

SNOWY Mabilu was among a few star pupils in a township where pregnancies played havoc with matric results.

Mabilu, 18, of Zitikeni High School in Thembisa, Ekurhuleni, scored four distinctions, while at least 30 of her colleagues fell pregnant.

Teachers in the sprawling township say the high number of pregnancies also contributed to the area's poor matric results.

"Society has accepted that it is all right for young girls to fall pregnant while at school, and this is not helping the situation," said one teacher from Zitikeni High.

The school sees more than 30 girls fall pregnant every year and dropped from a 77percent pass rate in 2008 to 65percent last year.

She plans to study astrophysics at the University of Cape Town.

"I am very grateful to my parents and teachers. They inspired us a lot and emphasised hard work," she said.

The teacher said: "One of the pregnant girls was the number one pupil in the class of 2008, but she failed last year because she had a baby to take care of. It was not easy for her to study.

"I was deeply hurt when I saw her statement of results because she had been the top pupil in her class."

"I worked very hard and our teachers were always pushing us to be among the best," he said.

Collen Mojela, 18, a pupil at Thembisa High School, who obtained a distinction in mathematics, said he owed his achievement to his teacher.

"Education is the only hope to improve our lives as blacks. I plan to go to university and study economics," he said.

"He made us do equations over and over again, and we ended up loving the subject."

Thembisa High School principal Molamo Letsoalo said there were 15 pregnant girls at his school last year, and none of them passed.

Letsoalo said a lot of the pupils at his school had failed mathematics and science.

"The results are disappointing, we never dropped below 70percent for the past 15 years," he said.