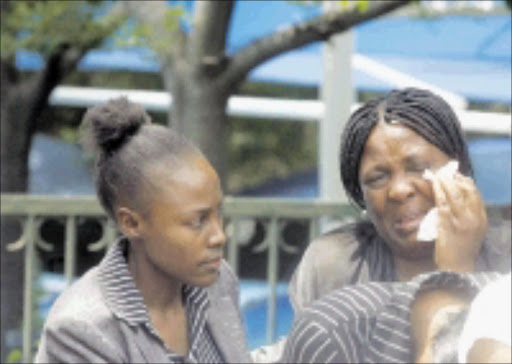 This is how friends, colleagues and relatives remembered slain journalist Shadi Rapitso during a moving memorial service at the e.tv offices inJohannesburg yesterday.

Directing his condolences to the Rapitso family, head of media 24's journalism academy, Mathatha Tsedu, said he understood how the family felt.

"I am probably one of a few people here who has some idea of the space you are in right now. Losing a child so young, so promising, so gruesomely, is hell. It saps your energy and you land in a loop of a million unanswered questions. Could I have done something to prevent this? Did this happen because I raised this child the way I did? Am I to blame?

"You are not to blame, mama. That some pervert thought she had to belong to him irrespective of how she felt about him is a crime that criminal must face alone," Tsedu said.

Debora Patta, 3rd Degreeexecutive producer, said Rapitso joined the e.tv team four months ago but had already made an impression as a remarkable journalist. The staff was still traumatised by her death.

Sowetannews editor Willie Bokala praised Rapitso for her excellence during her tenure with this newspaper. Rapitso will be buried at the local cemetery on Saturday after a service that will start at 6am at the Kgabalatsane community hall in Kgabalatsane.