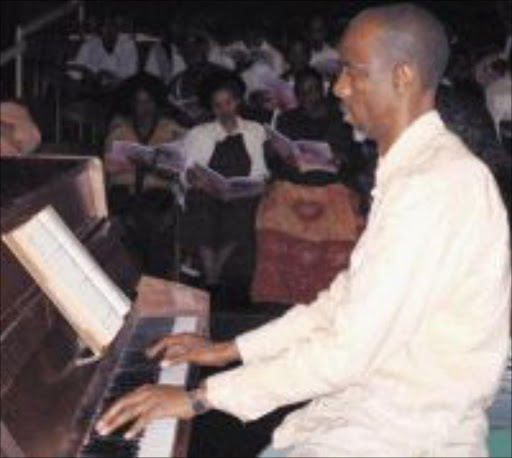 SOUTH Africa has one of the greatest nation-building gifts in the Mass Choir Festival.

SOUTH Africa has one of the greatest nation-building gifts in the Mass Choir Festival.

Forming one of the many bridge-building youth and community development projects, it was established in 1988 by Sowetan's former editor in chief Aggrey Klaaste. After all this time the festival continues the marrying of divergent cultures.

Currently sponsored and organised by the Transnet Foundation, Sowetan and the Aggrey Klaaste Nation Building Foundation, this festival is among several musical showcases that are showing that blacks, together with all other races, have a place when it comes to marking moments in history's sad and joyous moments.

It also shows that music is our nation's heritage in continuing the tradition that was expounded by Professor Khabi Mngoma, Matlhaela Michael Masote, Henry Nxumalo and later by Kolwane Mantu, Motsumi Makhene, Mhlanganisi Masogo and Professor Mzilikazi Khumalo.

Mngoma's musical aesthetics straddled all musical styles and he could intelligently comment on boeremusiek, be at home analysing jazz numbers and conduct a choir and orchestra rendering Haydn's The Last Seven Words of Jesus Christ.

His approach to music reflected a true progressive African intellectual and activist who used the knowledge he gained in his travels and experiences to liberate fellow Africans. He also had the ability to develop a kind of "third eye", that helped Africans to deal with what philosopher WE du Bois called the "double consciousness", that was borne out of the effects and impact of colonialism.

Classical music was de-racialised centuries ago and Africans have been part of its global development.

Sadly, this part of history had been hidden and Africans were hoodwinked all along into believing that they were intruders of the classical field.

Some of the leading African figures that contributed to the "universalisation" of classical music are Chevalier Saint-Georges (1745-99), a contemporary of Mozart.

He was black and a prolific violinist who composed several works for violin and orchestra.

Beethoven had his most difficult violin sonata, (the) Kreutzer, premiered by black violinist George Bridgetower.

The work itself was inspired by, and written for Bridgetower.

The first Brazilian opera was composed by Jose Mauricio Nunes Garcia (1767-1830). He too was black.

In the US blacks who shone in the classical music genre include composers such as William Grant Still, Edward "Duke" Ellington and Charles Mingus.

In South Africa we have composers such as Michael Mosoeu Moerane, Todd Matshikiza of King Kong fame, Gideon Nxumalo and many others who studied classical music and jazz.

The Massed Choir Festival has been one of the spaces where choral music thrived. It has proven its popularity for more than 20 years. Its significance and - by extension - that of choral and classical music, has seen a number of young South African being given an opportunity to showcase their talents.

These include guest artists such as Rebecca Malope, Jabu Hlongwane, Ringo Madlingozi, Tshepo Tshola, Benjamin Dube, Sibongile Khumalo, Tukks and the Bala Brothers, whose original music has been given a classical choral music feel through special generic orchestration and arrangement, to much admiration and appreciation by the local musical fraternity.

Blacks have also shone in many ways in major choral music events such as the Old Mutual National Choir Festival, the SACMA and GACMA choral music competitions.

l The author is a music lecturer, composer, arranger and one of several highly respected leaders of the Transnet Foundation and Sowetan Massed Choir Festival.