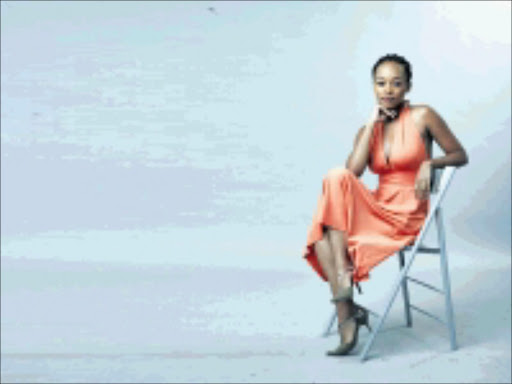 Fans of funky arts and culture TV show Artcha will be dazzled by a new sexy presenter.

Mmabatho Montsho, a former Generations actress, is the new face of the third season of Artcha.

For the past two seasons this SABC 2 show has delivered a weekly serving of South Africa's hottest contemporary arts to the living rooms of millions.

As the show starts screening at 10pm tonight, viewers will come face to face with this beauty who has upstaged former presenters Anel Alexander, Eloise Cupido and Masello Motana for this slot. Apart from acting in Generations, she has entertained many soapie fans on Rhythm City.

"As they embark on the next stage of their career, we wish to thank Anel, Eloise and Masello for everything they have done on Artcha," said executive producer Vusi Twala.

Montsho was born in Soweto and spent her childhood in Carletonville, Free State and Ekurhuleni.

After matriculating at Greenside High School, Johannesburg, she tried her hand in business. Along with her high school friend they established Black Olive Designs, designing and selling clothes at the B&B Rooftop Market.

Two years later she landed her first acting role. She has also starred in productions such as A Place Called Home, Jacob's Cross and independent films. Not one to rest on her laurels, Montsho is currently directing and producing her first film, due for release this year.

The arts remain her passion, taking part in dance, theatre, visual arts and playing the saxophone. Montsho was recently appointed one of Ekurhuleni's 2010 World Cup ambassadors.