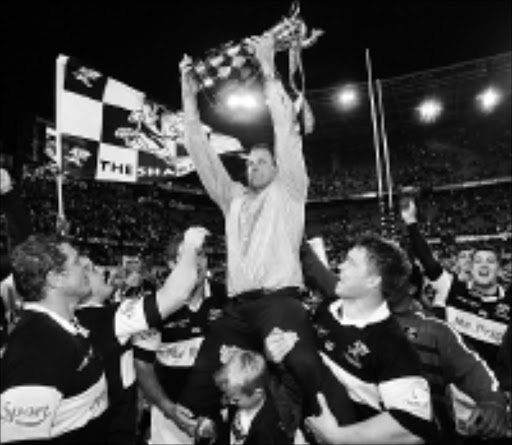 John Smit's selection as tighthead prop for the Springboks' end-of-year tour to Britain was one of a handful of surprises made by coach Peter de Villiers when he revealed his 28-man squad at the weekend.

John Smit's selection as tighthead prop for the Springboks' end-of-year tour to Britain was one of a handful of surprises made by coach Peter de Villiers when he revealed his 28-man squad at the weekend.

De Villiers also selected the Lions' erratic flyhalf, Earl Rose, and recalled Bulls hooker Chiliboy Ralepelle, despite his being injured most of the season. But the most intriguing selection is that of hooker Smit as the anchor of the Bok scrum.

It could be a stroke of genius but it more likely suggests the beginning of the end for Smit's Test career. The team management tried to put a positive spin on their decision, but the move clearly signals that the Bok skipper can no longer hold down his place in the team in his preferred position.

Smit, who has played 78 Tests for the Boks and only ever started as a hooker, looks to have been usurped by Bismarck du Plessis for ownership of the No 2 jersey.It's questionable whether he can reinvent himself as a Test-quality tighthead this late in his career.

He has made two replacement appearances as prop at Test level, which hardly gives him the credentials for the Bok No 3 jersey, when there are other more deserving candidates such as Deon Carstens and Europe-based BJ Botha and CJ van der Linde.

Smit is an outstanding leader and excellent player, but he has always wanted to be able to hold down his position in the team before being made captain.

Smit's stance on De Villiers's decision is unknown, as he was unavailable to comment yesterday. De Villiers refused to acknowledge Smit was being demoted.

"If it works, we'll have a brilliant tight five; then our loosies can run around, playing to [their] best ability."

Controversial flank Luke Watson made himself unavailable for Bok selection in a statement to a Saturday newspaper. But he failed to inform the South African Rugby Union of his decision, which angered acting managing director Andy Marinos. - The Times