Fighting the fists of pain 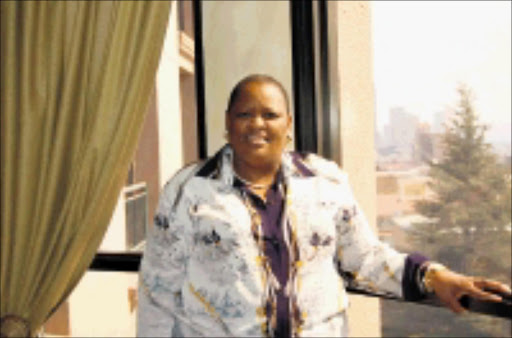 CHAMPION: Mandisa Monakali is the founder of Ilitha Labantu. © Unknown.

Mandisa Monakali has always been an activist for women's rights. As a survivor of domestic violence herself, helping other women and children who were victims of violence and those affected by it comes naturally for this phenomenal woman.

Mandisa Monakali has always been an activist for women's rights. As a survivor of domestic violence herself, helping other women and children who were victims of violence and those affected by it comes naturally for this phenomenal woman.

She is the founder and president of Ilitha Labantu, a non-governmental organisation that supports women and children affected by abuse.

Ilitha Labantu was first started in Gugulethu, Cape Town, in 1989 and soon spread to other provinces. It is the first organisation to bring its services to the townships, where gender-based violence is most rife.

Monakali says she consciously located the organisation in townships and rural areas after realising the lack of such services in these areas. Her second concern was the language.

She believes that assisting victims of abuse using their home language is critical as it removes the barrier often experienced during counselling sessions.

After the successful launch of her services in most townships across the country, Monakali is now investing all her energy into removing the barriers that have hindered the success and development of women in the townships and rural areas.

Q: How is Ilitha Labantu different from other non-governmental organisations offering the same services?

A: Their geographic location is far from where most survivors of violence live and secondly the predominant language used, which is English, intimidates some survivors and makes it difficult for them to make use of their services.

Q: How prevalent is domestic violence in SA?

A: Domestic violence is very high in South Africa, particularly in the townships. Rape has escalated because some people think it's a norm to rape.

Q: How has the organisation assisted women and children affected by domestic violence?

A: We have empowered women and children who were affected by domestic and political violence in our communities. We also provide skills to those who want to become counsellors.

Q: Many victims of domestic violence dread going to courts to apply for protection orders because they feel it still does not protect them. How has your organisation dealt with such cases?

A: First we offer counselling to survivors of violence and assist them with court procedures. That includes preparing them for court and in some instances we accompany survivors to court. It becomes complicated at times to counsel younger children, but they usually benefit from group sessions and then open up afterwards. We also have support groups for women and children who share similar experiences. Women also benefit in terms of networking and rebuilding their self-confidence. We also provide shelters for people infected with HIV-Aids.

Q: How has it been heading such a big organisation?

A: It's been very hectic. I spent some time looking for funding to ensure the smooth running of the organisation.

Q: What have you achieved since starting the organisation?

A: I have liberated myself and hundreds of other survivors of gender-based violence.

Q: Are the existing policies aimed at protecting and empowering women effective?

A: Yes, but most women do not know much about their rights or where to go for help.

Q: What motivates you?

A: My work. Knowing that I have assisted a battered woman and helped her escape the scourge of abuse really motivates me to work harder everyday because I know it is possible to get out of the web.