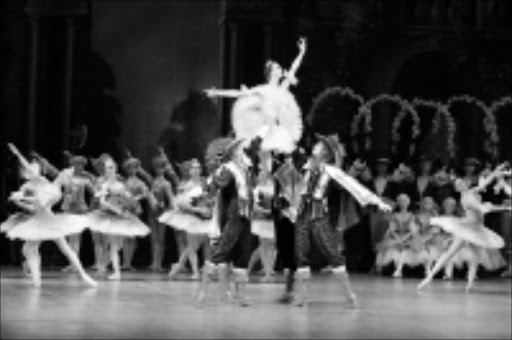 It is significant that one of the world's leading classical dance companies, the Bolshoi Ballet, will grace the stages of the State Theatre next weekend at a time when South African dance is undergoing a rebirth of sorts.

It is also significant that the celebrated dance company will perform at a venue that used to be the centre of classical dance excellence in terms of hosting top-flight dance companies and training, the State Theatre.

It is here that South Africa planted a solid seed of professional dance.

The State Theatre Ballet company was an important feature of dance before it closed down in 1999 and some of the talented dancers went abroad to find work for themselves.

But over the past few years dance has steadily twinkle-toed its way back into the mainstream of the arts, thanks to a number of dance companies that have ridden the financial storms brought by dwindling funding.

Thanks also to a new crop of mixed masala dancers who are now taking dance seriously.

Dancers such as Dada Masilo, Kitty Phetla and Thoriso Mogongwa, to name but a few, are household names in dance circles.

The Bolshoi Ballet's presence here is part of a cultural exchange programme between Russia and South Africa.

It was invited by Minister of Arts and Culture Pallo Jordan to be part of the "Our Dance, Our Heritage" celebration during Heritage Month.

They will stage two special performances at the State Theatre in Pretoria next weekend on the September 13 and September 14.