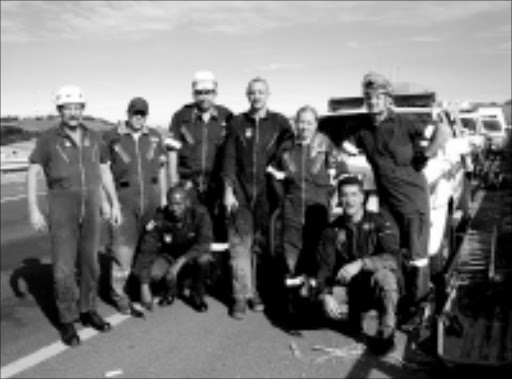 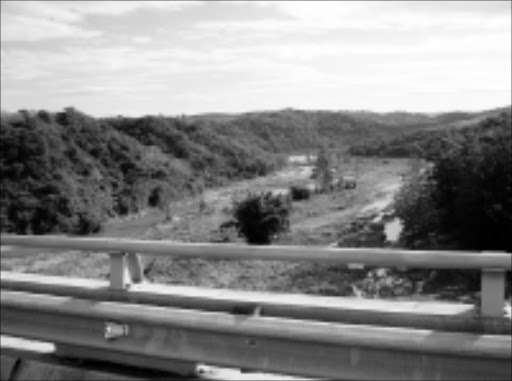 As restoration and mopping-up operations continue along the ravaged South Coast of KwaZulu-Natal, rescue workers yesterday pulled out yet another body from underneath the flood debris.

Authorities in the area said the death toll from the torrential downpour is now 17.

Rescue workers found the body of a man on the bank of the Umzinto River.

"The body of an unknown man stuck in the reeds on the bank of the Umzinto River was found about 2km upstream from the N2 freeway bridge at Kelso," said police spokesman Vincent Pandarum.

A police rescue team carried the body back to the bridge from where it was hoisted up to the road.

"The body had already began to decompose and was taken to the Scottburgh state mortuary," said Pandarum.

Divers initially thought there were two bodies in the river, but the other was a dog which probably drowned during the floods.

Meanwhile, thousands of displaced families whose homes were washed away in the torrential flood continue to receive food aid and blankets through the combined relief efforts of the local and provincial governments and NGOs.

Rescue workers said 12 areas remained cut off from the main routes after bridges and roads were washed away in the heavy downpour two weeks ago.

Food supplies and medicines were again flown into some hard-to-reach areas while 4x4 vehicles were used to reach other communities cut off from the main towns.

While the homeless receive assistance from the government and the community, private home owners in the region are lodging claims for damage to their properties from insurance companies.

"Today we will go out first thing in the morning to conduct an aerial forensic inspection of the entire area to get the latest perspective of the region's damage," said disaster management head Victor Chetty.

The provincial government has declared the region a disaster area, saying R3,6billion will be sourced for the rehabilitation of infrastructure and other facilities.