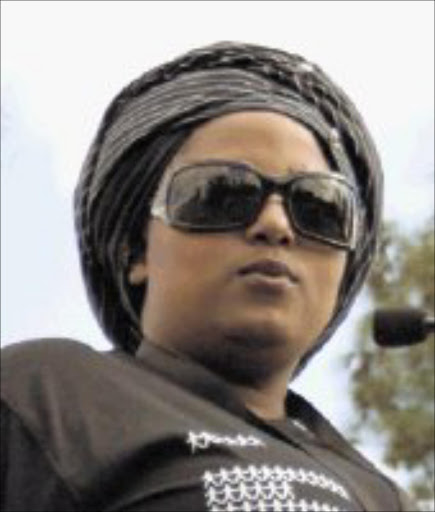 They came from all corners of the country and from different walks of life - united in one desperate voice to say enough is enough to rampant crime.

Many who have lost loved ones to violent crime shed tears as they relayed their experiences.

They were among several thousand who took part in the Million Man March on the Union Buildings in Pretoria yesterday. Though the event was a success, organiser Desmond Dube said he was deeply disappointed that President Thabo Mbeki could not receive the memorandum.

He said the government should take people seriously because people felt unimportant when ignored by those they had put in power.

"This [Mbeki's absence] is unacceptable, especially because when the xenophobic attacks began Mbeki decided to go to Japan. My direct message to our president is 'People are crying and they desperately need you'," said Dube.

His sentiments were echoed by the crowd, who booed Minister of Correctional Services Ngconde Balfour. Some shouted: "Where is Mbeki?" as Balfour delivered the acceptance speech after receiving the memorandum on behalf of Mbeki.

Accompanied by organisers of the event and church leaders, families of those whose lives were lost to crime lit candles and laid wreaths on the steps leading to the Union Buildings.

Among them was Letta Mofokeng, the widow of Orlando, Soweto, businessman Shimmy Mofokeng, who was gunned down in Mulbarton, Johannesburg, in March.

"My life and those of my two children were horribly changed when criminals shot my husband five times. Our children can't use playgrounds built with our tax money.

"We have become prisoners in our own homes," said Mofokeng.

The memorandum, handed out by radio talk show host and Aids activist Chriselda Kananda, called on the government to join the people in restoring the fundamental respect for life.

An appeal to the government to prioritise eradicating crime was also spelled out in the memorandum.