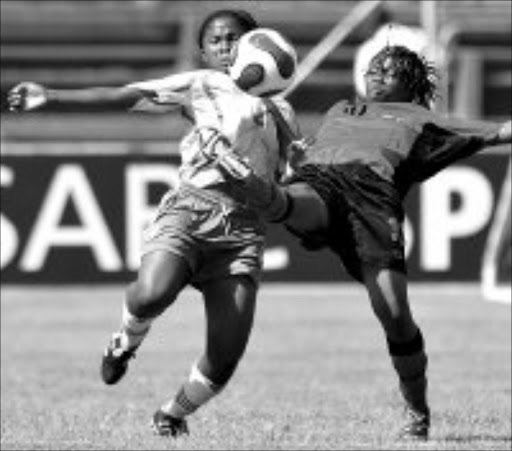 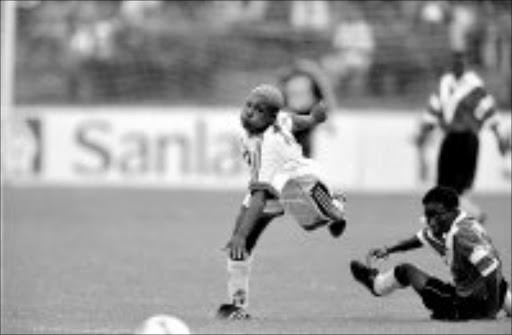 South African Football Association president Molefi Oliphant has finally set aside R5million to start a women's league at the beginning of next season.

While this great news, the question remains why it has taken so long to get women's soccer properly organised, in a country that has made such great strides in raising the sport's profile.

Long before South Africa 2010 became the buzzword globally, our male players had made their presence felt in the international arena - from the days when Steve Kalamazoo Mokone was the toast of Europe, to the more recent days of Lucas Radebe.

Internally, the men's professional league is regarded as one the best run in Africa, has the best infrastructure and is well supported financially - players frequently earn monthly salaries surpassing the R50 000 mark, if not more.

It is a great time to be a soccer player, pity the same cannot be said about the women.

The story goes that in Europe, women have played soccer for centuries - one match apparently attracted a crowd of 53 000 in 1920s England, though that led to a prompt banning, which some speculated was motivated by envy.

While the likes of the United States, China and current world champions Germany have well-organised leagues from the time girls are at primary schools, there are no such programmes in South Africa.

Our women have stood no chance against the likes of fellow African countries Nigeria and Ghana and our senior side, Banyana Banyana have been unsuccessful in their attempts to qualify for any significant international event.

But still over the years there have been some iconic players - Gloria Hlalele and Annah Monate come to mind - and there are obvious signs that girls are passionate to play the game.

According to those in the know, major companies are just not interested in risking their money sponsoring women, pointing to some chauvinism in the whole thing.

Also, some sources have claimed that money that had been raised with the understanding that it would be used to advance the women's game, has on many occasions been diverted to the use of any of the men's national teams.

Anastasia Tsichlas, the director of Women's Football at Safa, disputes this and says the only reason the men seem to be taking priority, is because all sponsors want to be associated with the 2010 World Cup, which is. after all a men's tournament.

There is the amateur Safa League, but there is no promotion or relegation, so players just play without any reward.

She said the details of how the women's national league will operate will be thrashed out at the next executive meeting, where things like the number of teams in the league will be finalised.

She added that Safa is awaiting a response from the minister of sports on how to proceed in setting up leagues at schools.

South African Schools Football Association (Sasfa's) Steve Pila, though supporting the view that sponsors claim their products are used by men, said there is just not enough effort in promoting the women's game.

Those representing the country's top teams, like Bobby Motaung of Kaizer Chiefs, said having a women's team in addition to the main team and the academy, will not make much business sense.

Mamelodi Sundowns Ladies are coached by Monate, the national Under-20 coach, and as they are involved in World Cup qualifying matches, the team is apparently left to its own devices.

Tsichlas said she was unable to disclose exactly how the league will operate pending a high-level meeting in the next couple of weeks.

But is is clear that if they want to be counted in the same breath as Nigeria and China, South Africans will have to stand up and be counted.