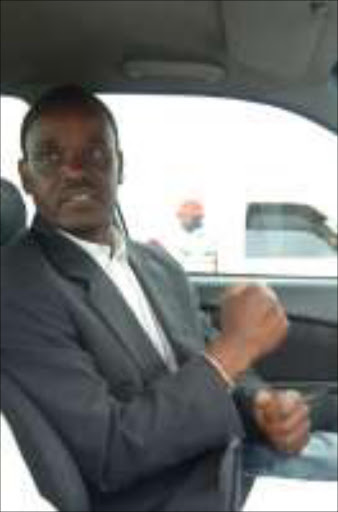 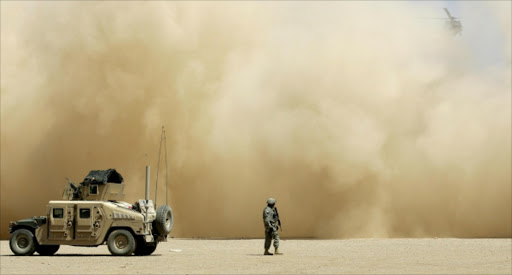 Hear ye, hear ye! President George Bush is going to be assassinated and South Africa will be party to the conspiracy.

Hear ye, hear ye! President George Bush is going to be assassinated and South Africa will be party to the conspiracy.

If local authorities do not heed the call to act, you're likely to wake up to this shocking news any day soon, says Nthofela Chabane, a Lesotho national who says the cataclysm has been revealed to him in a dream.

He had chosen to keep quiet about the vision that appeared to him consistently between 1991 and 2001, he says, but it has started coming to him all over again after a six-year hiatus.

Chabane, 48, says the apparitions also involve an unsettling turn of events in Iran and Brazil. But it is neighbouring South Africa's pending woes that have propelled this Mosotho to cross the Caledon River to sound the alarm bells.

He has made contact with the National Intelligence Agency (NIA), he says. He adds that he is aware spooks do not "normally talk about visions, but it is imperative that the Americans be informed of my claim".

Chabane says his tidings could be communicated to the Central Intelligence Agency (CIA) through their South African counterparts.

His fear is not only about South Africa's role in the vision, but the ripple effect this might have on Lesotho as "it is wholly surrounded by your country".

But why should he be believed? Why should his dreams not be dismissed as the rantings of a madman?

Chabane says grimly: "You either believe it or you don't."

Those irked by Bush's bully-boy tactics would be glad to know South Africa at least fights back. In the recurring dream, Chabane sees military planes bombarding enemy bases.

Chabane looks clean, the sort of facial cleanliness only brought about by abstinence from vices such as alcohol. He talks about his dreams with the seriousness one reserves for a matter of life-and-death.

He's in a hurry to share this foreboding as he is at the very end of a 100-day deadline from God: "He [the Almighty] issued me with a deadline, from August 10 to do it. It was followed by a second hurry-up warning on September 19."

Why has he not acted earlier then, given the gravity of the matter?

"I regret this late release, due to some impediments and last-minute hiccups," he says in his 20-page handwritten missive, which he calls a monograph.

Chabane, it needs be said, only has a primary school education. He earns a living as a bricklayer. But if he's a charlatan, he possesses the articulate charm of "Professor Chaucer", the barely-schooled crook who taught anthropology students at the then University of the North in the 1980s.

But if what he says has any semblance of truth, we ignore him at our own peril the same way the now old Credo Mutwa was ignored for foreseeing the death of Hendrik Verwoerd, the father of apartheid.

He says in his document titled From Apartheid to United States Occupation: A Prophecy About South Africa. "If anyone does not listen to my words that the prophet speaks in my name, I myself will call him to account. But a prophet who presumes to speak in my name anythingI have not commanded him to say or a prophet who speaks in the name of other gods, must be put to death.

"You must say to yourselves 'How can we know when a message has not been spoken by the Lord?'. If what the prophet proclaims is in the name of the Lord does not take place or come true, that is the message the Lord has not spoken. That prophet has spoken presumptuously. Do not be afraid of him," Chabane says.

He writes about the Docrat brothers who were earlier in the year accused of a link to Osama bin Laden's al-Qaeda. A barely literate man?

"God immediately revealed to me that the Americans would go on and link more South African citizens to the Taliban and al-Qaeda. The majority of all South African suspects will be KwaZulu-Natal citizens," he says about a dream he had on March 6 this year.

Uncle Sam, Chabane says, will be ably assisted by Israel in the invasion.

The attack is God's wrath against the disrespectful South African government, who have shown their contempt for Him by such acts as allowing same-sex marriages, says the man from Ha Ts'Ekelo, a village near Teyateyaneng.

Not once during the interview did Chabane say he was lying or joking.

Nor did a smile crease his dead-pan face.