Berman and Milenkovic will have to talk 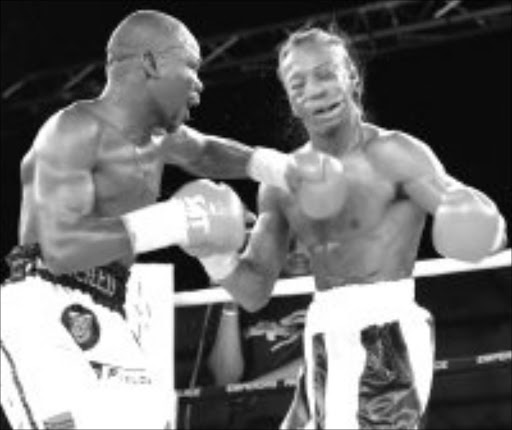 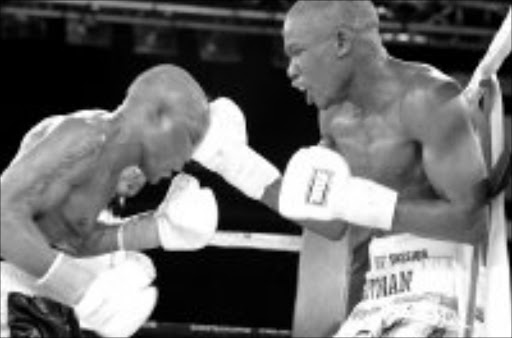 This is because Baloyi, who is promoted by Berman, put himself in line to challenge Milenkovic's charge, International Boxing Federation (IBF) junior lightweight champion Mzonke Fana.

The IBF will instruct Berman and Milenkovic to negotiate for the staging of that showdown, which should take place in February next year. Failure to reach an agreement will force the fight to go on purse bids.

But Baloyi's trainer Nick Durandt said he wanted purse bids for this local shootout between "Hitman" Baloyi and "The Rose of Khayelitsha".

"The man with more money will stage it," he said just after Baloyi had earned the right to challenge Fana.

Baloyi also avenged the points loss to St Clair, who defeated him in July last year. Both fights were staged by Berman at Emperors Palace.

But the rematch was not as great as the original fight. St Clair fought his usual close-range, aggressive fight that was not as effective this time around. Baloyi was uncomfortable going backwards, though he scored with more cleaner and accurate punches.

Judges Alf Buqwana of South Africa and Luca Montella of Italy both scored the fight 116-112, while St Clair's countryman Steve Marshal scored it 120-108, all in favour on Baloyi.

The star of the night was Thomas "Merciless" Mashaba who showed grit and determination. He got up from the canvass in round five to poleaxe Eric "Mighty Mouse" Aiken in the ninth round.

That win was supposed to be recorded as a knockout but it was declared a technical knockout because American referee Jorge Alonso did not count.

He was more concerned about Aiken's health than anything at that stage. Aiken, slick and flashy, lay flat for almost two minutes while receiving medical attention.

It was Mashaba's fourth defence of the IBO featherweight belt he won from Vuyani Bungu in 2005. Mashaba improved to 12 short-route wins from 20 victories against four draws and a loss.

In other fights in the "Lords of the Ring" tournament, champion Osborne Machimana retained the South African heavyweight title by beating Peter Cronje with a 7th-round TKO. Daniel Bruwer beat Soon Botes (TKO 10) in a SA light heavyweight title fight.

Hekkie Budler knocked out Sibusiso Ngqalathi in round two, while Grant Fourie and Sam Sithole drew over four rounds.