Lali gets her first role in a soapie 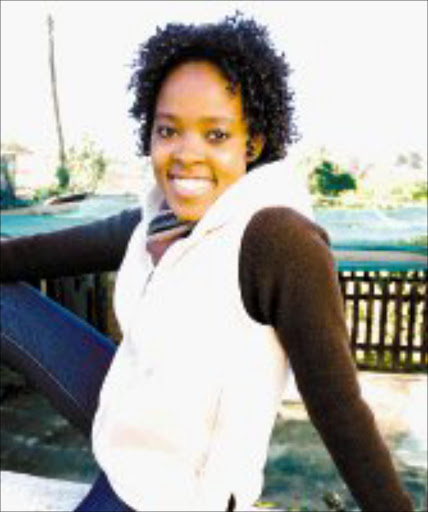 HIGH HOPES: Nobulali Dangazele wants to be the most educated person in the arts so that she can achieve her dreams. Pic: JUDY DE VEGA. 07/07/07. © Weekend Post.

Dangazele, 22, has built her reputation in the performing arts industry. She will make her debut on Tuesday as Nkensani Tshinawa.

After appearing in commercials, dramas and stage productions, Dangazele will be acting in a soapie for the first time, where she portrays the daughter of a millionaire.

"Nkensani is a 16-year-old serious and introverted girl. She reads weird fiction, has strange musical tastes, dresses only in black and makes no effort to connect with people her own age. Her wealthy dad has various business interests such as sports franchises, mining, media, shopping malls, and drug trafficking."

Dangazele is doing her honours at Wits University in dramatic arts. She has acted in stage productions such as Sophiatown. She also appeared in the award-winning TV drama series When We Were Black. The actress has also appeared in Hardcopy, Home Affairs and A Place called Home.