Groom's granny to be buried instead 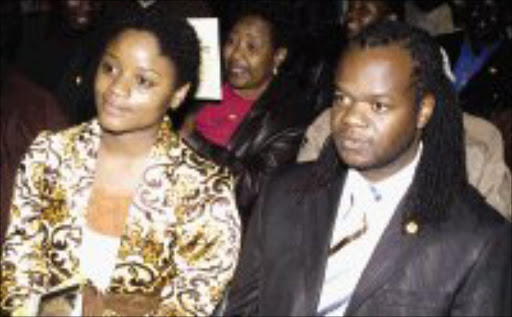 The highly anticipated wedding of actress and Afro-pop singer Maduvha Madima and Black Leopards' brand manager, Tshifhiwa "Chief" Thidiela, is off - at least for now.

The socialite lovers were to have a traditional wedding in Thohoyandou, Limpopo, on Sunday.

The wedding was expected to attract the who's who in the music, football and television industry, including the country's social party-goers.

It has been postponed because of the burial tomorrow of Thidiela's grandmother Violet Thizwilondi Ramunenyiwa.

Ramunenyiwa, 75, who was also the mother of television actress Candy Moloi, will be buried in the sprawling village of Tshiozwi, outside Louis Trichardt, in Limpopo. Moloi, who features in Muvhango as Vho-Makhadzi, is the mother of Gospel Gold host Lerato Moloi. The effervescent Lerato is also a former Muvhango actress.

The much-talked about wedding will now take place on September 29. "We were really looking forward to the wedding this weekend, but circumstances beyond our control forced us to postpone it," said the dreadlocked Thidiela yesterday.

"But next weekend is not like next year, and we will wait patiently for the day. But what I can tell you is that we can't wait for the occasion."

A throng of celebrities were expected to descend on the far north town, known for its searing heat, today to start the preparations.

The celebrities expected at the wedding include matron of honour Judith Sephuma, members of popular music outfit Revolution and a horde of other musicians. The white weeding has been planned for January next year.